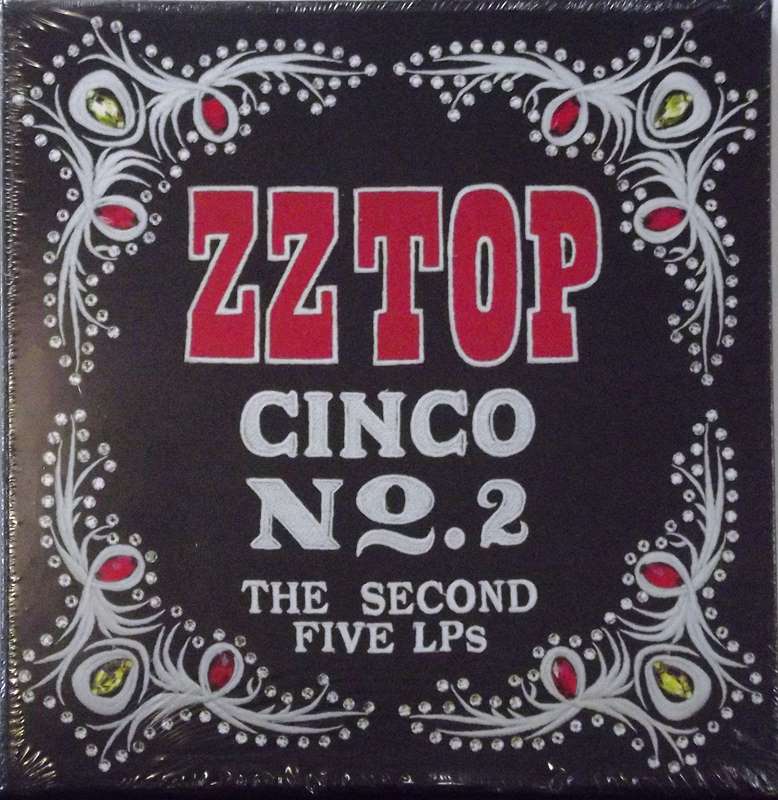 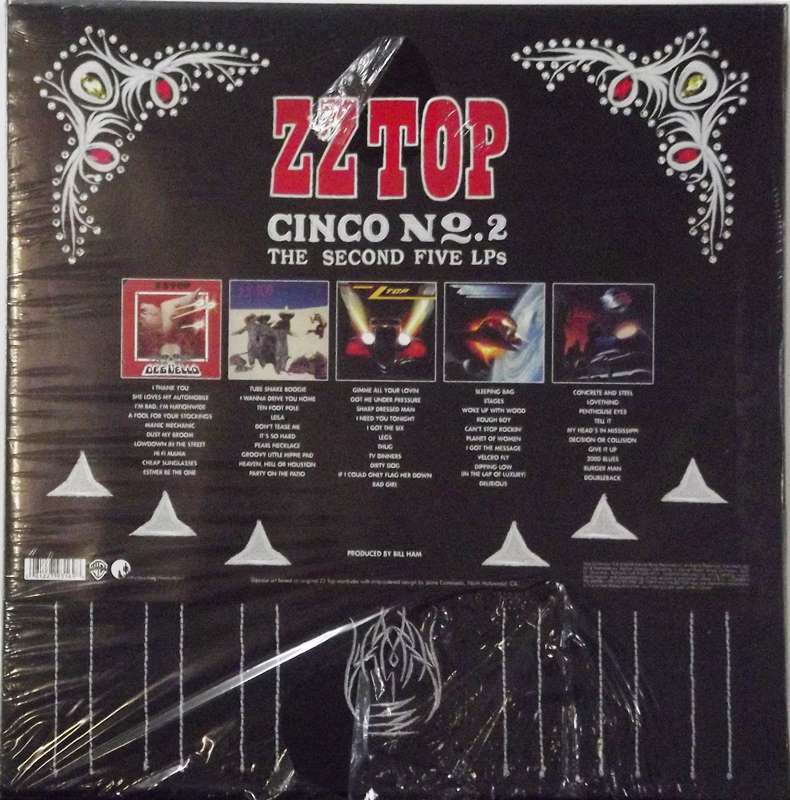 Cinco No.2 - The Second Five

ZZ TOP is set to dish out a second heaping helping of analogue goodness with the sequel to its previous vinyl set. On the menu this time around are the albums that made “That Little Ol’ Band From Texas” global superstars during the 1980s. The collection includes five studio albums pressed on heavyweight 180-gram vinyl, presented in a box the design of which has been inspired by the custom suits made for guitarist Billy F Gibbons’ by Hollywood’s Jaime Castaneda a/k/a “Jaime The Tailor.”

The new collection picks up where the previous set left off, beginning with the band’s 1979 release Degüello. The record features several standout songs that remain fan favorites, like “Cheap Sunglasses,” “I Thank You” and “I’m Bad, I’m Nationwide.” El Loco followed in 1981 and featured radio staples like “Tube Snake Boogie” and “Pearl Necklace.” The album also was a turning point for the band’s sound, introducing cutting edge contemporary technology into the mix for the first time.

Eliminator went on to become the best-selling record of the band’s career so far, being certified four times platinum in the UK, and reaching number 3 in the charts. It included big hits like “Sharp Dressed Man” and “Give Me All Your Lovin’”. The band’s popularity continued to soar with the 1985 release of Afterburner. Certified platinum in the UK, it includes hits like “Rough Boy,” “Velcro Fly” and “Sleeping Bag.” The final album featured in the new vinyl collection is Recycler. Released in 1990, it included a trio of hit singles; “Concrete And Steel”, “My Head’s In Mississippi.” and “Doubleback,” – as heard on the soundtrack to the film Back To The Future III in which ZZ Top played a version of themselves from the past.