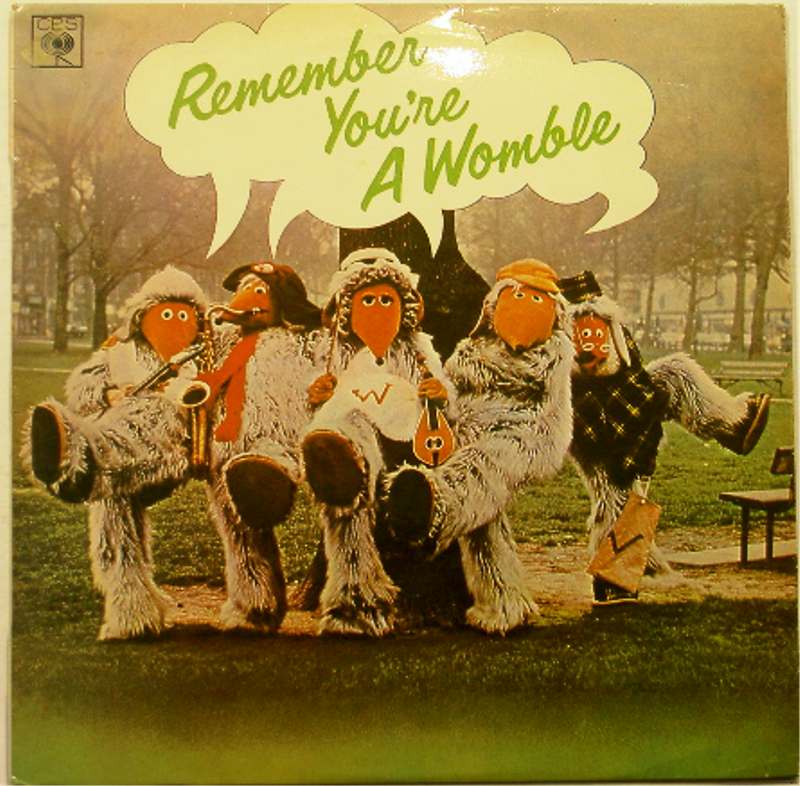 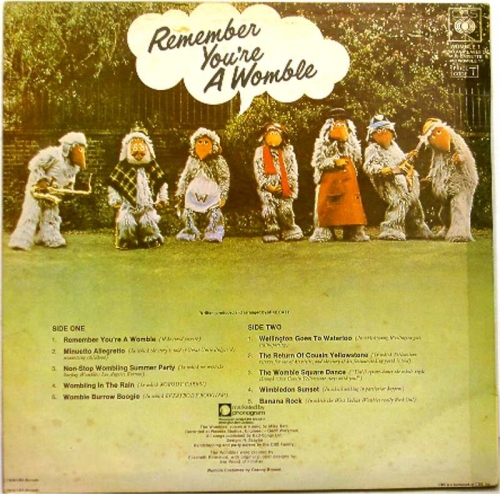 Remember You're a Womble

After the success of the first album, Wombling Songs, Batt experimented with more character-based songs in a variety of musical styles. He described it as "really the first proper album for The Wombles as a group".[1] The styles included pop, rock, classical (the music of "Minuetto Allegretto" was based on Mozart's Symphony No.41) and surf rock in the style of the Beach Boys.

The songs also developed the Womble characters further, for example "Wellington Goes To Waterloo" described Wellington Womble taking a rare day off and visiting London Waterloo station for a bit of train spotting.

This was the first album with a cover showing the full-size Womble costumes, worn by Batt and the session musicians. The album spent 31 weeks in the UK album chart, peaking at number 18 on 13 July 1974.[2]