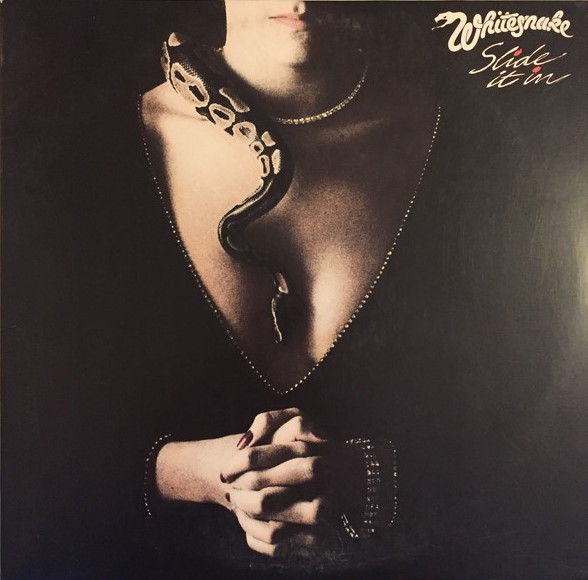 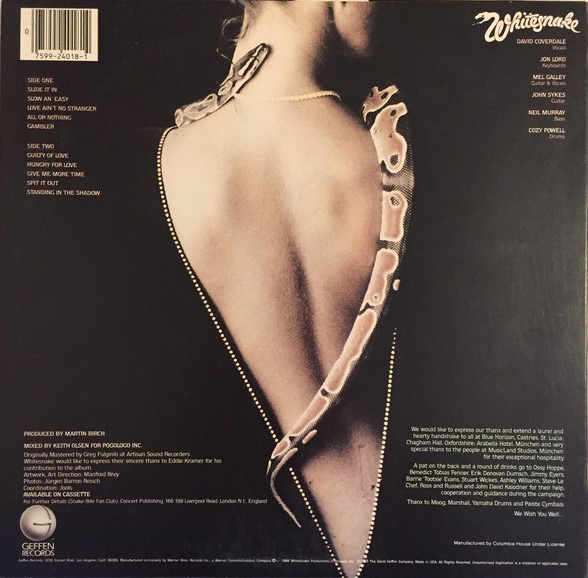 Slide It In is the sixth studio album by British rock band Whitesnake, released in 1984. It was the first Whitesnake album to be released by Geffen Records in the US, but was remixed for the release. Because of this, two different editions of the album exist, each with its own unique qualities. It was their fourth top 10 album in the UK, peaking at number 9.[11] It includes their first breakthrough hits in the United States, "Love Ain't No Stranger" and "Slow an' Easy". In 1988 the album re-entered the US charts due to the success of the self-titled Whitesnake album (1987), and is certified double platinum.[12] It was the final Whitesnake recording to use the band's original "snake" logo. The album eventually sold over four million records. The band delivered a harder sound than their previous albums,[13] and marked the band's change to a glam metal sound.[3][14]