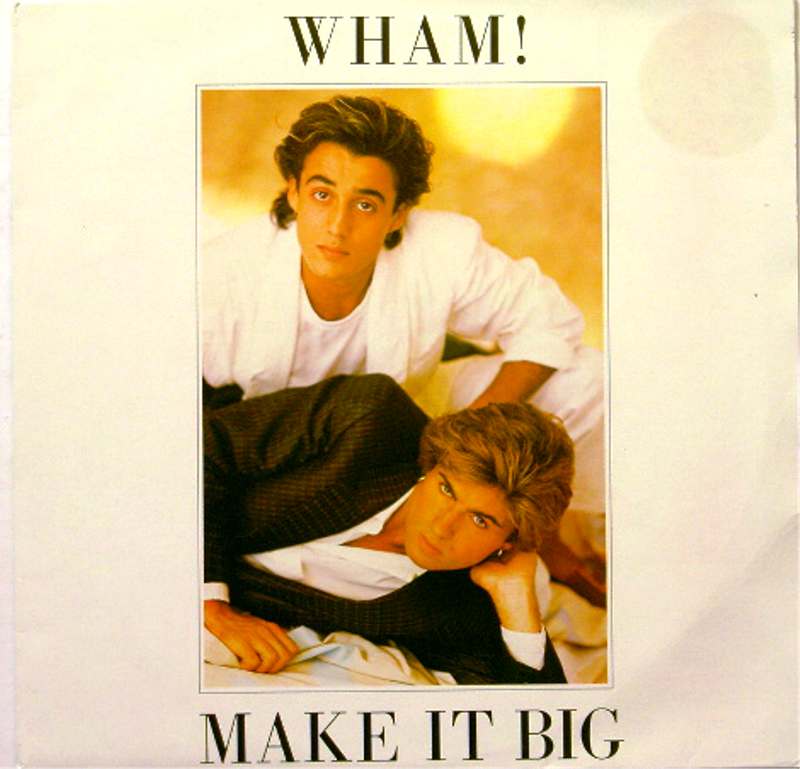 Make It Big is the second studio album from British pop duo Wham!, released in 1984. It was mostly recorded at Studio Miraval in Southern France to escape the press and enable George Michael to work peacefully[1] and mixed at Good Earth Studios in London and Marcadet Studios in Paris.[5] In comparison to their earlier work, the duo had more control over the album's production, as George Michael became the sole credited producer, a position he would subsequently hold on all future releases until the group split in 1986. The album was a critical and commercial success, hitting number one in both the UK and the US and spawning four singles, all topping the charts on both sides of the Atlantic.

Outside the US, "Careless Whisper" was credited as a George Michael solo effort upon its release as a single, while "Everything She Wants" was released as a double A-side with "Last Christmas" which would later appear on the following album Music from the Edge of Heaven.

It was certified 6× Platinum in the US within weeks of the album's tenth anniversary.[6]

To date[when?], the album has sold over 10 million copies