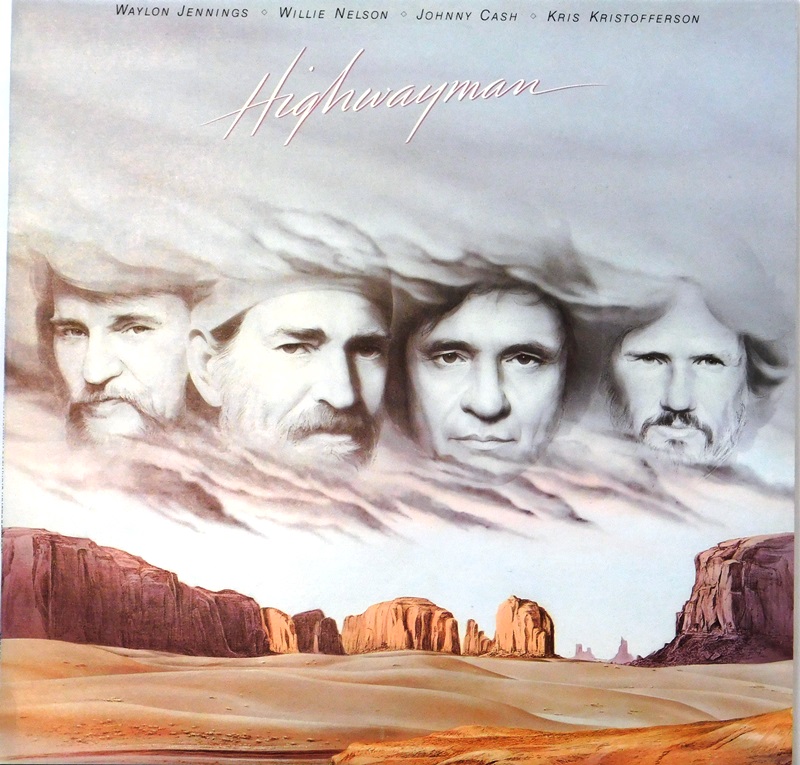 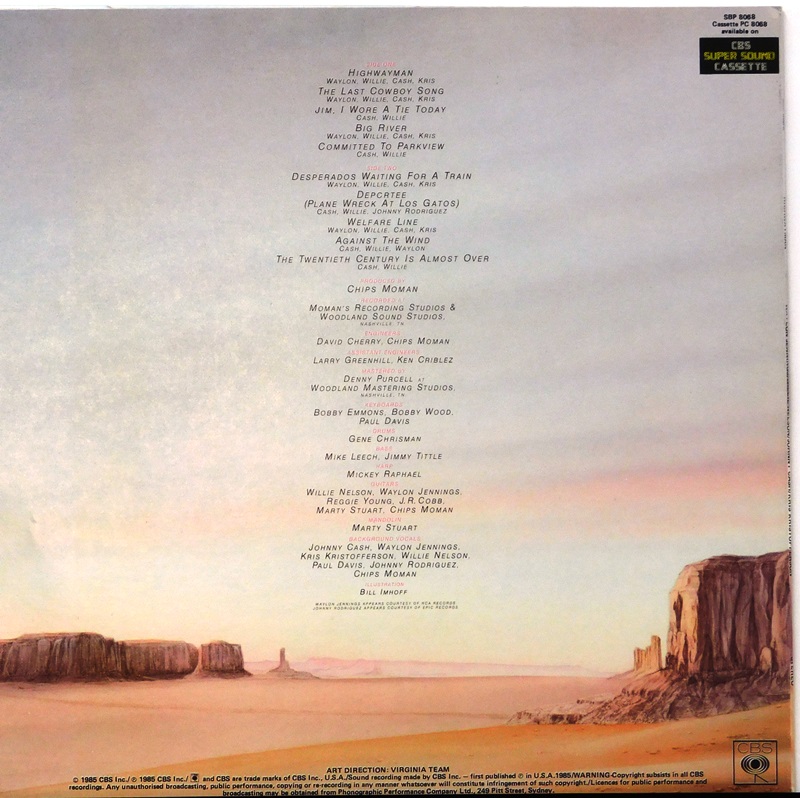 The Highwaymen was an American country music supergroup, composed of four of the genre's biggest artists, that pioneered the outlaw country subgenre: Johnny Cash, Waylon Jennings, Willie Nelson, and Kris Kristofferson. Between 1985 and 1995, the group recorded three major label albums as The Highwaymen: two on Columbia Records and one for Liberty Records. Their Columbia works produced three chart singles, including the number one "Highwayman" in 1985.

Between 1996 and 1999, Nelson, Kristofferson, Cash, and Jennings provided the voice and dramatization for the Louis L'Amour Collection, a four-CD box set of seven Louis L'Amour stories published by the HighBridge Company, although the four were not credited as "The Highwaymen" in this work.

Besides the four formal members of the group, one other vocal artist appeared on a Highwaymen recording: Johnny Rodriguez, who provided Spanish vocal on "Deportee", a Woody Guthrie composition, from the album Highwayman.

The four starred in one movie together: the 1986 film Stagecoach.