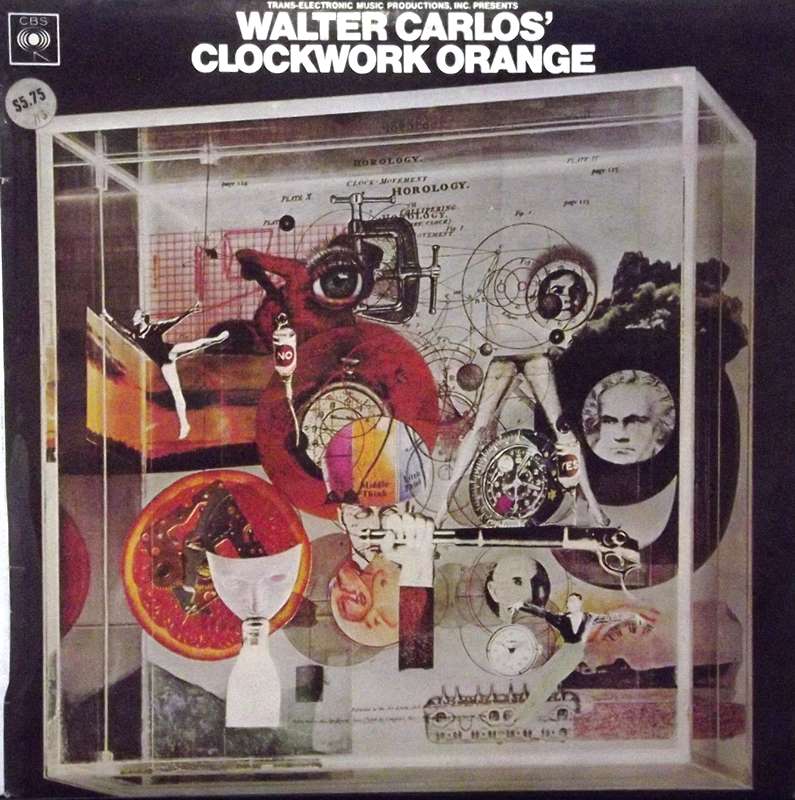 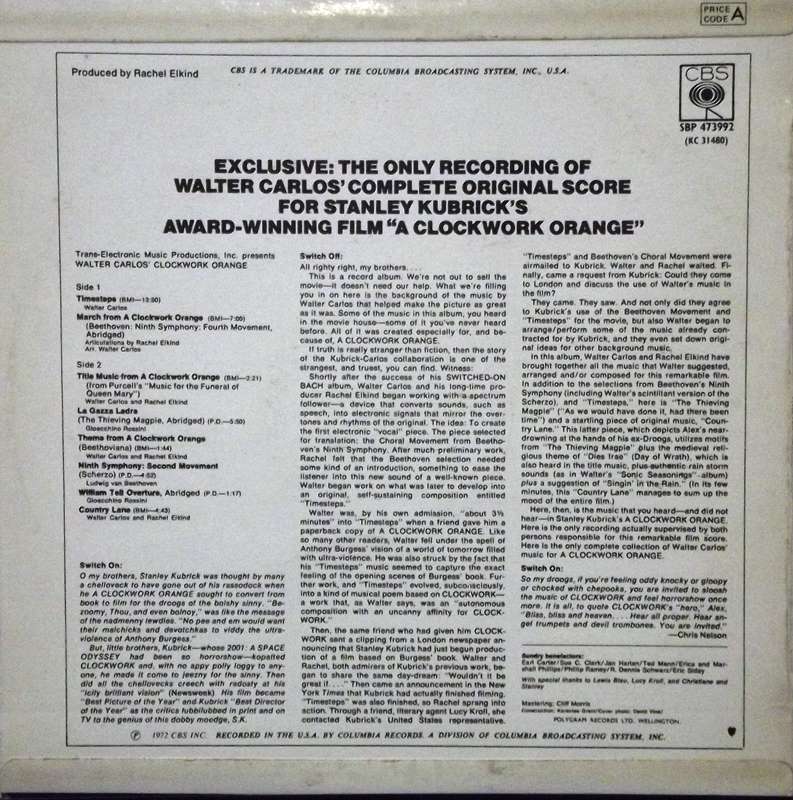 A Clockwork Orange: Wendy Carlos's Complete Original Score, first released in 1972 as Walter Carlos' Clockwork Orange,[2] is an electronic music album by Wendy Carlos featuring songs composed for the 1971 film A Clockwork Orange. Although Carlos worked closely with director Stanley Kubrick during production of the movie, much of her work was not used, or used only in abridged form. The official soundtrack album also omitted much of Carlos' work.

Under the original title Walter Carlos' Clockwork Orange (Carlos transitioned to female at about the same time) the album included full-length versions of the flagship piece "Timesteps", originally intended as a lead-in to a full realization of Beethoven's Ninth Symphony for electronic instruments. Among the instruments used for the album was a spectrum follower, the prototype for the later vocoders used in electronic music. This device reproduced the overtone spectrum of an input sound and overlaid it on another sound, which for practical purposes meant that it could alter an instrumental sound and convert it to the sound of a human voice. Since the Ninth Symphony has a chorale section in the finale, Carlos felt it was an appropriate challenge for the new device.

According to the album notes, shortly after beginning Timesteps Carlos also began reading A Clockwork Orange, and noticed that the opening themes reflected the feeling of the first chapters of the book. Thereafter the piece developed, in Carlos' own words, into "an autonomous composition with an uncanny affinity for 'clockwork'", the last word being Carlos' way of referring to the book. When the film version was announced Carlos and producer Rachel Elkind made a demonstration recording for Kubrick, who became interested and invited them to meet hi

The final outcome was not entirely satisfying to Carlos in terms of total contribution to the film, but there remained the opportunity to present the music in a separate album, which led to this collection.