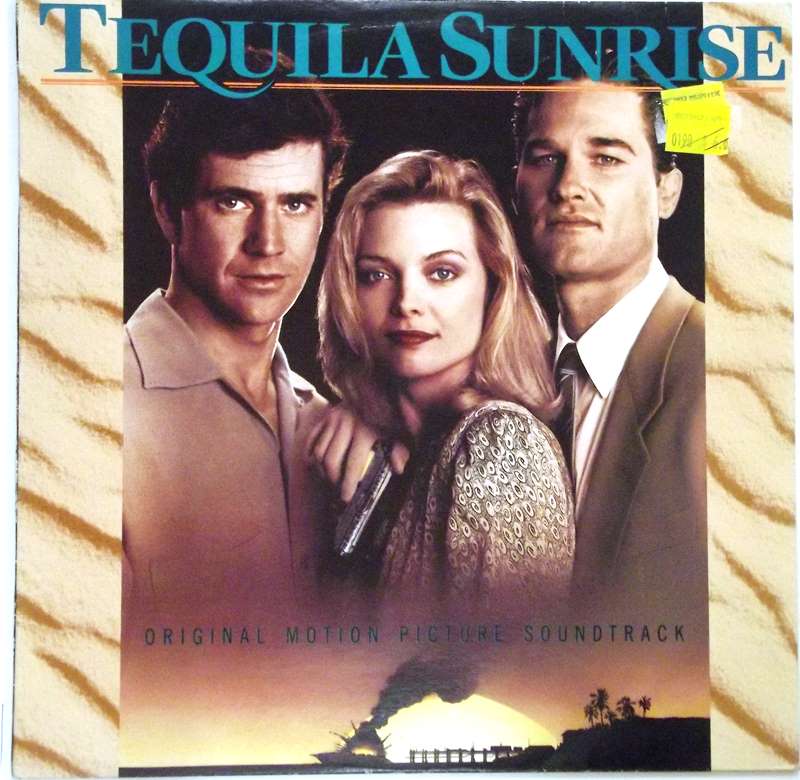 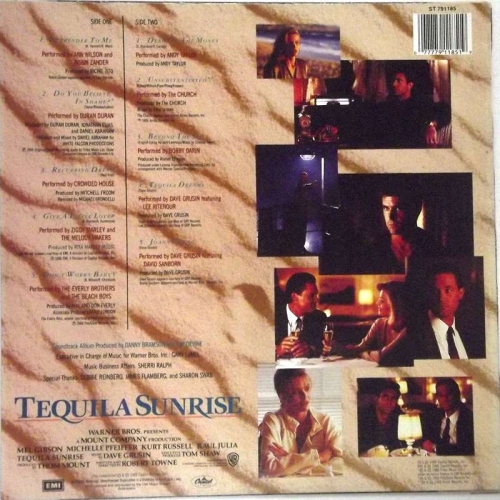 Good clean vinyl housed in a nice cover with 2 stickers on front.

The soundtrack to Tequila Sunrise is what it is: background music for the celebrity love triangle on the screen. The most notable selection, one of those myriad closing-credit ballads no one really remembers called "Surrender to Me" (co-written by Richard Marx), actually hit number six. Instead of love-theme queen Jennifer Warnes, Ann Wilson of Heart does the heartbreak honors this time around, with Cheap Trick powerhouse Robin Zander. Raspy Robin even drops a ref to his band's second album in the song's second line, not to mention a different nod in the title. Sans his Duran Duran brethren, former heartthrob Andy Taylor slips in one of his few solo bits. His old bandmates do appear elsewhere with a couple of other '80s-only bands (the Church and Crowded House). Although '60s stalwarts the Beach Boys hit big this same year (1988) with "Kokomo" off Cocktail, even the presence of the Everly Brothers couldn't help here. Bobby Darin's immortal "Beyond the Sea" is a nice addition, before movie music heavy-hitter David Grusin brings his classy adult contemporary cohorts, sophisticated shredder Lee Ritenour and saxman David Sanborn, for a high-gloss finish. Like the film, this soundtrack comes off professional and enjoyable, though the titular tune by the Eagles remains nowhere to be found.