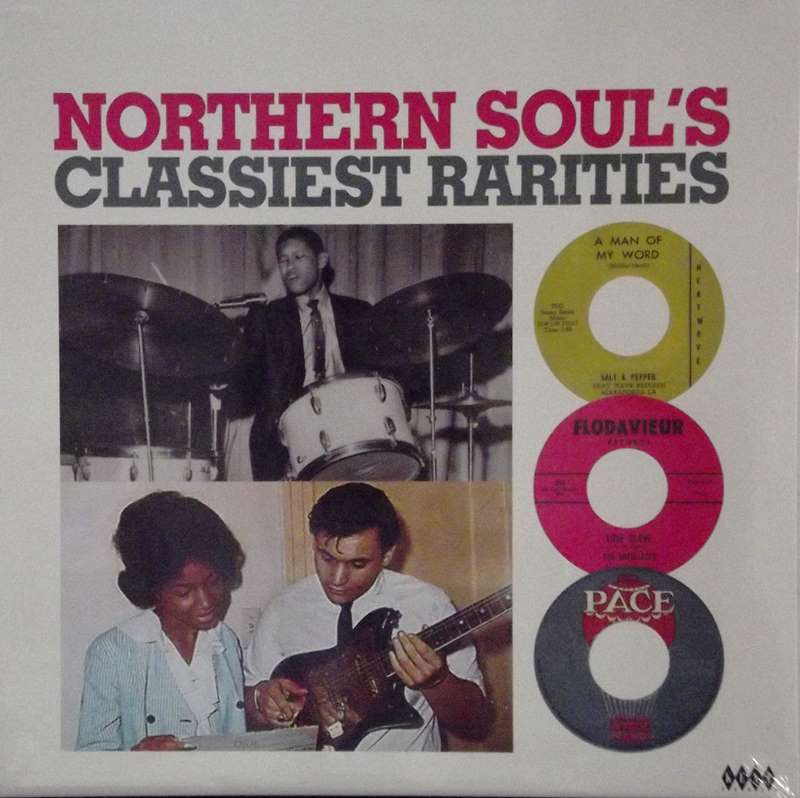 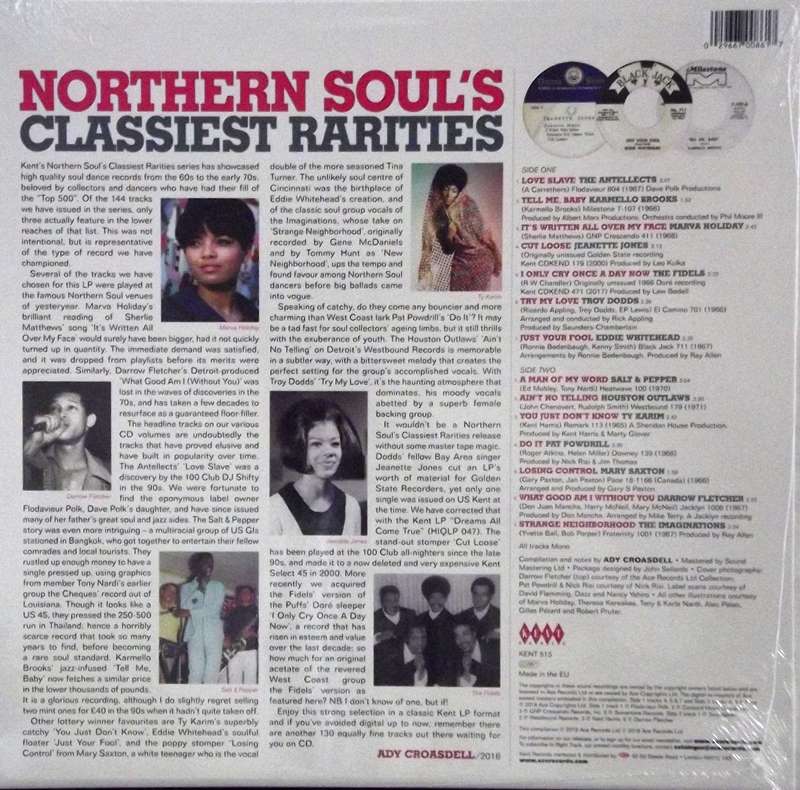 Our “Northern Soul’s Classiest Rarities” albums have showcased high quality 60s and early 70s records beloved of collectors and dancers. The series has proved much appreciated by the soul cognoscenti, making this new vinyl edition a necessity.

Tracks such as Marva Holiday’s ‘It’s Written All Over My Face’ and Darrow Fletcher’s Detroit-produced ‘What Good Am I Without You’ were played at the famous Northern Soul venues of yesteryear but got lost in the waves of 70s discoveries. They have improved with age.

Later discoveries are just plain elusive or horrifically expensive. Salt & Pepper, a multiracial group of US GIs stationed in Bangkok, pressed the 250-500 run of ‘A Man Of My Word’ in Thailand in 1970 – an extremely scarce record that took many years to find before becoming a rare soul standard. The Antellects’ ‘Love Slave’ was played by 100 Club DJ Shifty in the 90s and very few copies have found their way into the hands of collectors. Karmello Brooks’ jazz-infused ‘Tell Me, Baby’ now fetches a similar multi-thousand pound price tag (although when I sold two for £40 in the 90s it hadn’t quite taken off – dagnabbit!).

Pat Powdrill’s ‘Do It’ proceeds at a furious pace but the great melody makes it an indispensable listen, even if the dancers’ legs can’t keep up. The Houston Outlaws’ ‘Ain’t No Telling’ has a bittersweet melody which creates a perfect setting for the group’s fine vocals, while on Troy Dodds’ ‘Try My Love’ it’s the haunting atmosphere that dominates, with his brooding voice abetted by a superb female backing group.

Like Dodds, Jeanette Jones was from the Bay Area and cut an LP’s worth of material for Golden State Recorders. From that acetate-only album, ‘Cut Loose’, was played at the 100 Club nighters in the late 90s and was issued on a now-deleted Kent Select 45 in 2007. More recently we acquired the Fidels’ version of the Puffs’ Doré sleeper ‘I Only Cry Once A Day Now’ – a historic recording from the revered group.