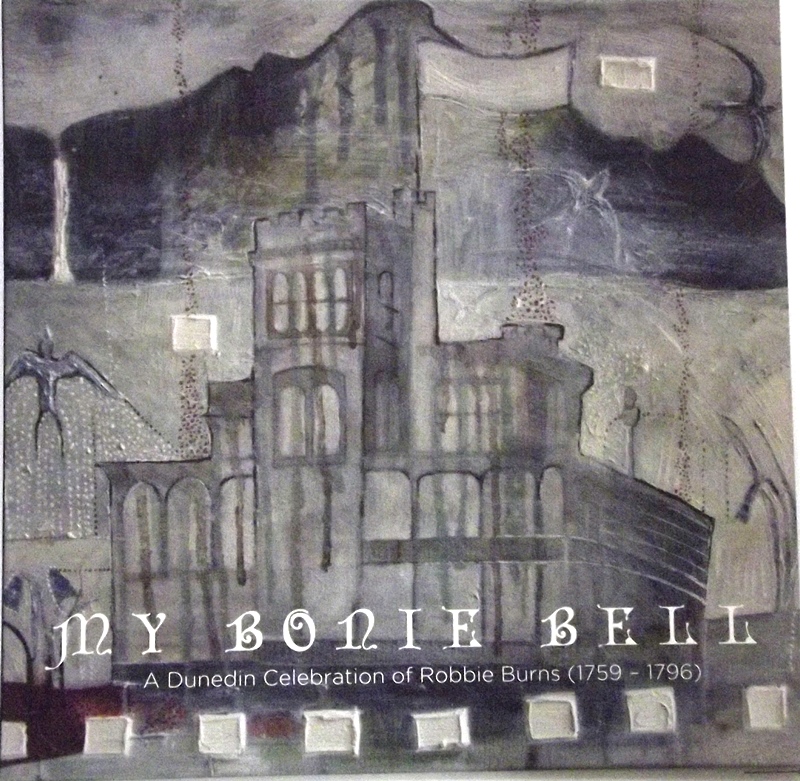 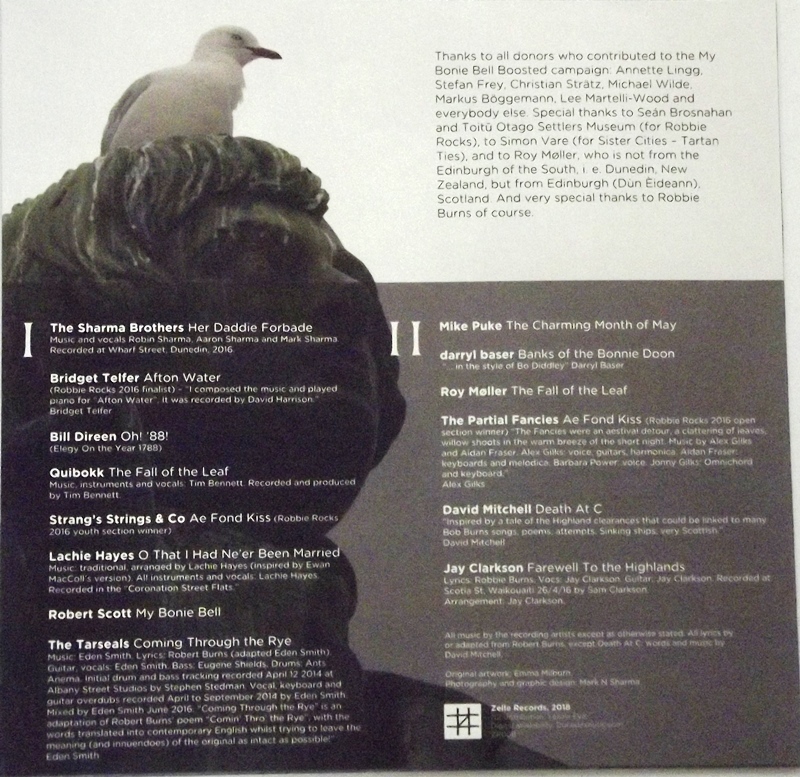 It’s been a while since Ae Fond Kiss came out in late 2015. Finally, Zelle Records brings you another collection of songs and poems by Scottish bard Robert Burns (1759 – 1796) reinterpreted by current musicians from Dunedin, NZ.

Like its predecessor, My Bonie Bell was inspired by the local talent contest Robbie Rocks: every year, Toitu Otago Settlers Museum invites artists to sing any Robbie Burns song from a short list. Partial Fancies sent us the song that won the open section 2016, Strang’s Strings & Co submission won that year’s youth section, while Bridget Telfer’s song got her into the 2016 final. The My Bonie Bell line-up is completed by The Sharma Brothers – and surprise guest Roy Møller from Edinburgh/Dùn Èideann in the Old Country, i.e. Scotland.

Together, the 14 acts from or biographically connected to either of the Sister Cities, make for an abundant stylistic variety ranging from Aaron, Robin (Seafog) and Mark Sharma’s jarring noise-folk attack, Her Daddie Forbade, to Robert Scott’s (The Clean, The Bats) dreamy folk pop title song, to Darryl Baser’s Banks of the Bonnie Doon, “in the style of Bo Diddley”. Bill Direen’s take on the poem Elegy For 1788 wittily brings together the political and the comical, Lachie Hayes revisits Ewan MacColl’s 1959 version of a Scottish folk classic, and David Mitchell’s (The 3Ds, Ghost Club) baffles the listener with a nightmarish Burnsian song about sinking ships that isn’t by Burns at all. Finally, in Jay Clarkson’s deeply moving Farewell To the Highlands, the postcolonial sentiment of this Dunedin Robbie Burns compilation comes full circle.

Dunedin, the “Edinburgh of the South”, was founded by Scottish settlers under the spiritual leadership of the Rev Thomas Burns (1796 – 1871), nephew of Robert Burns, and has retained a pronounced Scottish character. Emma Milburn’s painting that graphic designer Mark Sharma used for the cover depicts Larnach Castle, Dunedin, NZ’s only (Scottish-style) castle.

My Bonie Bell was made possible by the generosity of those who donated in the Boosted crowdfunding campaign and of those who bought tickets to last year’s Zelle Fest at The Crown, Dunedin.