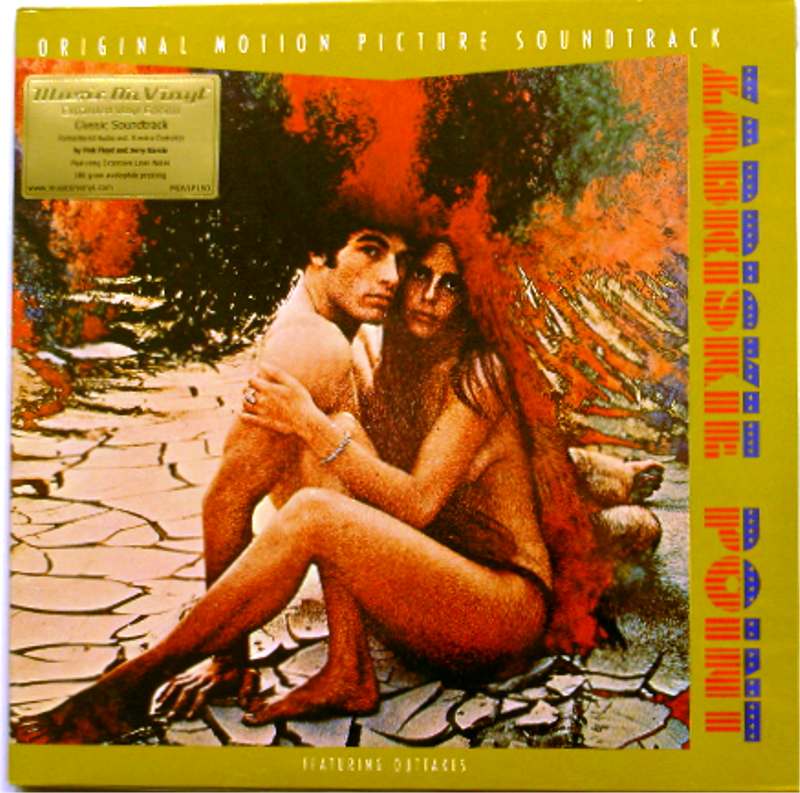 'Zabriskie Point' is a soundtrack album to the Michelangelo Antonioni film of the same name released in January 1970. This re-release includes four bonus tracks each from Jerry Garcia and Pink Floyd that were used in the film, but not on the original soundtrack.

The soundtrack is a remarkable mÃ©lange of abstract sound sculpture, expansive solo-guitar reveries, full-blown psychedelic rock, old-time country ballads, and 1950s jukebox corn. Pink Floyd's contributions to the album were recorded after their release of 'Ummagumma'. The liquid grace of the band's melodic ideas and performances are a revelatory preview of the lush, refined soundscape on the next two Floyd LPs, 'Atom Heart Mother' and 'Meddle'.

There is also more than half an hour of previously unheard, solo Jerry Garcia in this collection. In these versions of "Love Scene," he is heard utterly alone, playing with a serene confidence and luminous purity that is unlike anything else in his canon.