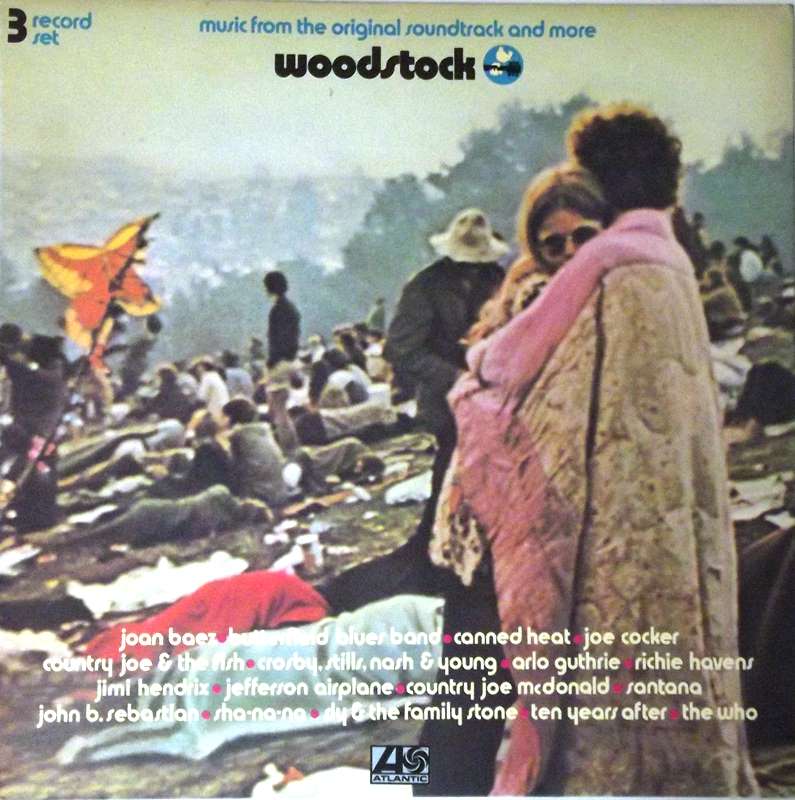 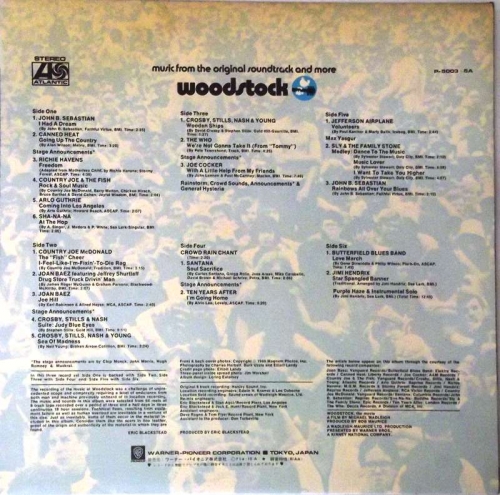 Woodstock: Music from the Original Soundtrack and More is a live album of selected performances from the 1969 Woodstock counterculture festival. Originally released on Atlantic Records' Cotillion label as a set of 3 LPs in 1970 (later reissued on the Atlantic label), it was re-released as a double CD in 1994. Veteran producer Eddie Kramer was the sound engineer during the three-day event. The date of release of the original LP set was May 11, 1970.[3]

This album's version of the Crosby, Stills, Nash & Young performance of "Sea of Madness" was actually recorded a month after the festival, during a performance at the Fillmore East auditorium in New York City, New York. The live Woodstock version can be found on the 2009 album Woodstock: 40 Years On: Back to Yasgur's Farm.

A second collection of recordings from the festival, Woodstock 2, was released a year later. In 1994 the songs from both albums, as well as numerous additional, previously-unreleased performances from the festival, but not the stage announcements and crowd noises, were reissued by Atlantic as a 4-CD box set titled Woodstock: Three Days of Peace and Music. In 2009, Rhino Records issued a 6-CD box, Woodstock: 40 Years On: Back to Yasgur's Farm, which includes further musical performances as well as stage announcements and other ancillary material.[4]

The couple on the album cover are Bobbi Kelly and Nick Ercoline.[5][6]