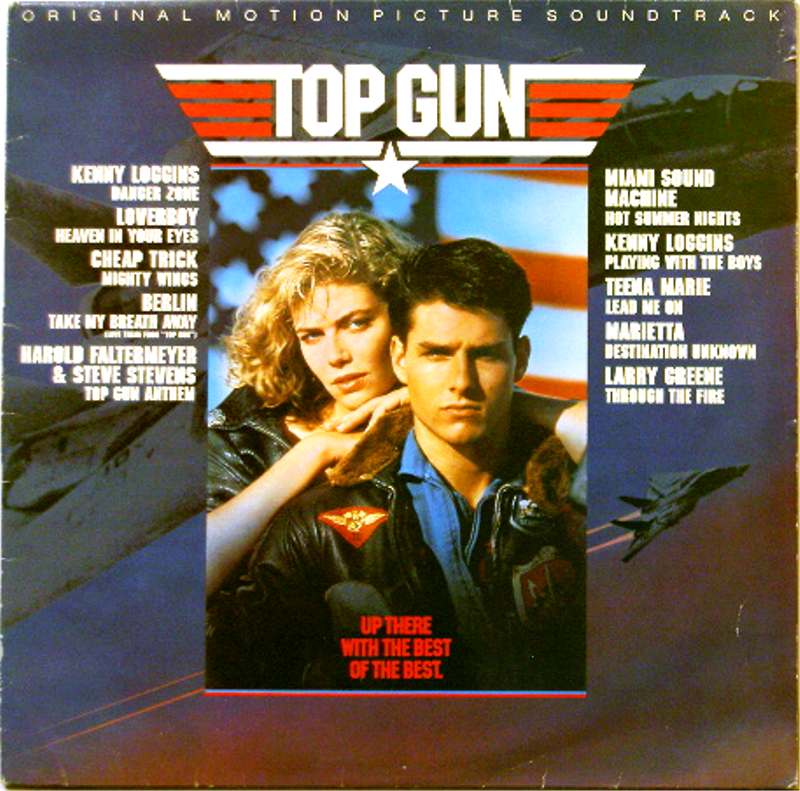 Top Gun is the soundtrack from the film of the same name, released in 1986 by Columbia Records. In 1999, it was reissued in a Special Expanded Edition with additional songs. In 2006, it was reissued again in a Deluxe Edition with yet more songs. The album reached number one in the US charts for five nonconsecutive weeks in the summer and autumn of 1986. It was the best selling soundtrack of 1986 and one of the best selling of all time.[2][3]  According to Allmusic.com,. the album "remains a quintessential artifact of the mid-'80s" and the album's hits "still define the bombastic, melodramatic sound that dominated the pop charts of the era."[3]