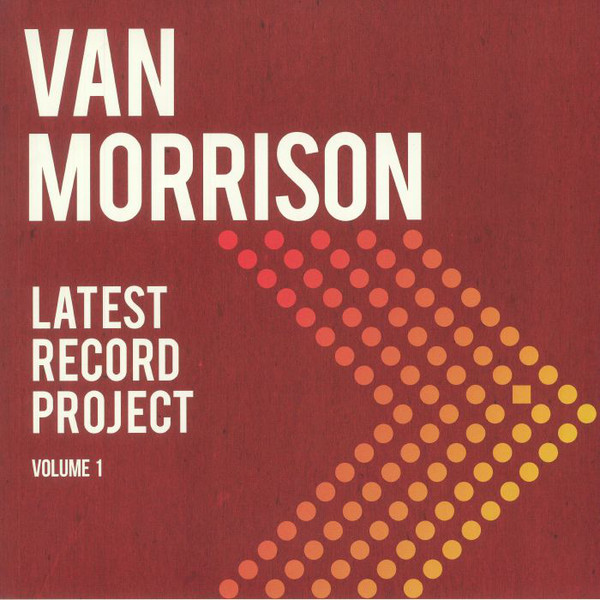 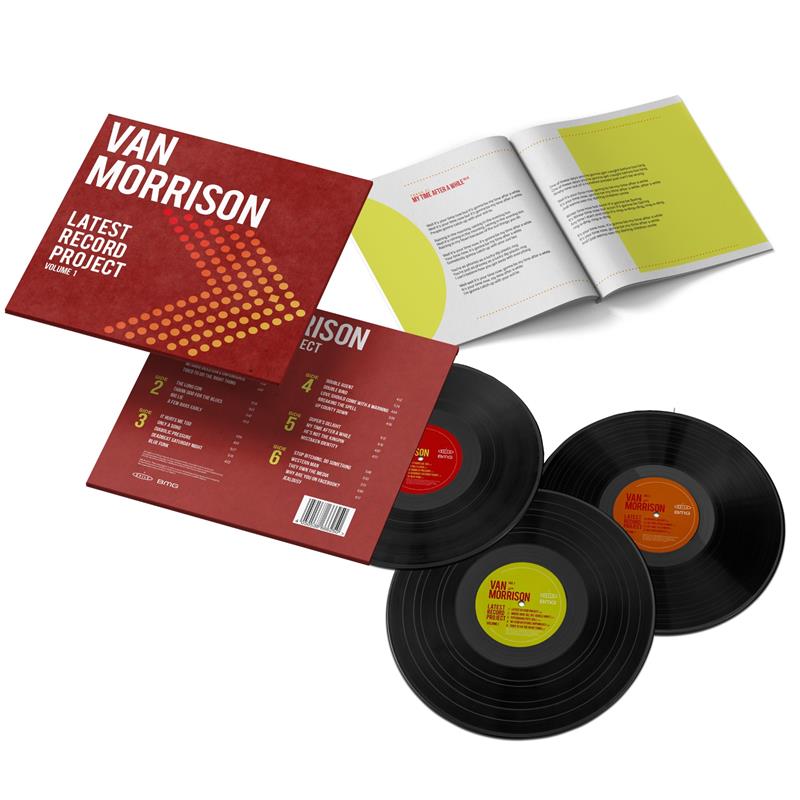 In 1967, Van Morrison recorded 31 perverse one-minute ditties in order to fulfill his record contract. The offIthe-cuff songs, brimming with contempt for just about everything in the young singer-songwriter’s orbit –– the Sixties, rock & roll, scoring a surprise hit with “Brown Eyed Girl” –– established a young Morrison as, among many other things, a first-rate troll. The first five tracks were titled “Twist and Shake,” “Shake and Roll,” “Stomp and Scream,” “Scream and Holler,” and “Jump and Thump.” On “Here Comes Dumb George,” he mumbled those four words for a full 80 seconds.

Fifty-four years later, the artist who once turned the nine-second reiteration of the phrase “the love that loves to love” into one of the most moving musical moments of the 20th century, has turned to repetition once again: “Have you got my (got my!)/Latest (latest!)/Record (record!)/Project? (project?),” Morrison sings for the 12th time on “Latest Record Project,” the lead single off his darkly strange and delightfully terrible new album, Latest Record Project, Vol. 1.

This time, Morrison’s repetition sounds less like the trance-like mysticism of a Caledonia poet and more like a furious customer demanding a refund. The result is uncanny: The backup vocalists, chanting Morrison’s angry questioning back at him, and his backing band, riding a phoned-in jazzy blues progression, play the song completely straight as the 75-year-old singer barks, with a caustic wink, “Got my latest joy I’m bringing?”

Despite its genuinely funny anti-social media screed “Why Are You on Facebook?”, Morrison’s new record bares a strange resemblance to the unhinged, rambling feel of the pandemic-era internet: more often than not, its 28 tracks come across as a collection of shitposts, subtweets, and Reddit rants set to knockoff John Lee Hooker grooves. Latest Record Project, Vol. 1 comes on the heels of a strange, seemingly difficult, year for Morrison. He spent the pandemic issuing statements that blamed governmental officials and the mainstream media for his inability to perform concerts and releasing surreal songs on the same topic (sample lyric: “On the government website/From the 21st of March 2020/It said Covid-19/Was no longer high risk”).

Morrison’s latest album avoids such epidemiological debates, but the album is rooted in the same sense of grievance. At its best, Latest Record Project is a bizarrely compelling mix of dark paranoia and petty outrage so ornery that it feels playful. At its worst, Morrison’s album, with lounge-roots arrangements as half-baked as Morrison’s writing, conveys exactly what it wants to and nothing more: a laundry list of angry score-settling and vague financial complaints that amount to Morrison’s very own Inarticulate Checking-Account-Balance-Disputes Of The Heart. “Everybody’s looking for some sign/Meanwhile, everybody’s drinking our wine,” he sings in “Double Bind.” “I got us tickets for the opera/But you complained about the VIP seats,” he rails on “No Deed Goes Unpunished.” There’s also a song called “They Own the Media.”

Morrison, whose voice still sounds as expressive as ever, and whose sax playing provides some needed livelihood on his latest, has released eight records in the past five years. In his older age he’s turned, more like his contemporary Neil Young, to recording as a more casual form of self-expression. He puts it best on “Only a Song”: “It’s what I said, then, just to make it rhyme,” he sings on the pleasant pop number. “Could have been on my mind at the time … it’s only a song.”

There are several moments, nevertheless, where Morrison digs deep. “A Few Bars Early” is a solid blues with a clever narrative riff and a satisfying payoff. Buried in the record is its highlight, the six-minute ballad “Duper’s Delight.” The song is ostensibly about the same sense, one that’s proliferated in Morrison’s post-Seventies body of work, of feeling conned by larger forces (see “Double Bind,” “Double Agent,” “Big Lie,” “The Long Con”). But instead of venting, here Morrison explores and writhes inside his own grievances over six thrilling minutes of slow-building organ and stuttering acoustic guitar.

“Duper’s Delight” shows Morrison at his best: letting his audience in on his own profound process of self-inquiry. But on the vast majority of Latest Record Project, he’s resorted to presenting off-the-cuff emotional reactions (and similarly tossed-off arrangements) as though they’re finished products. The result is a sometimes amusing, sometimes frustrating, sparsely thrilling, and largely unlistenable collection of rants and riffs.