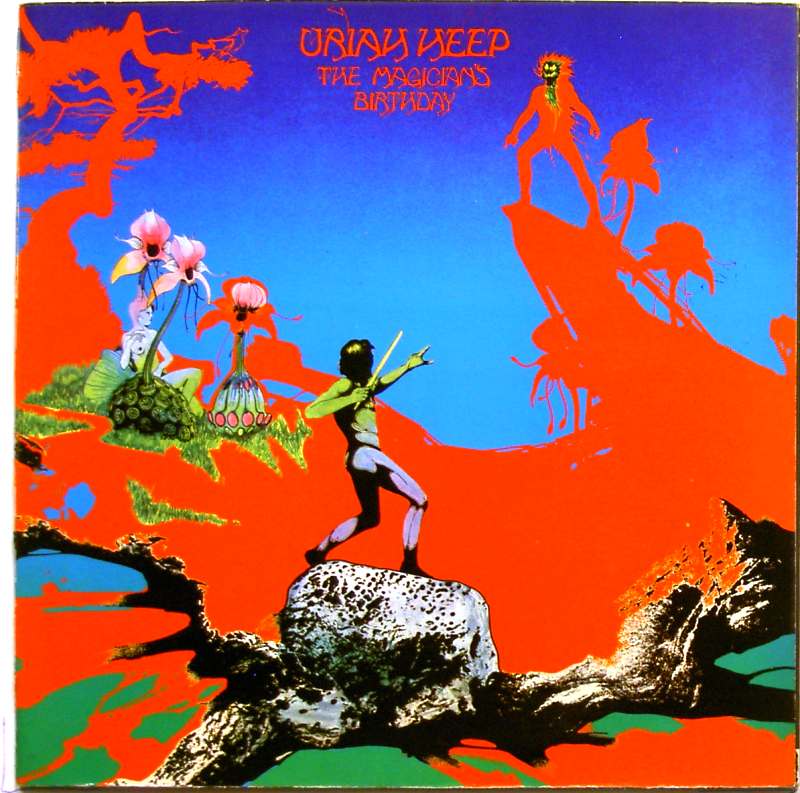 The Magician's Birthday is the fifth album by British rock band Uriah Heep, released in 1972 by Bronze Records in the UK and Mercury Records in the US. The concept was "based loosely on a short story" written by Ken Hensley in June and July 1972.[3]

The original vinyl release was a gatefold sleeve, the front designed again by Roger Dean. The inner fold had pictures of the band, with the album itself housed in a liner on which were printed the lyrics.

In a retrospective review, Sputnikmusic praised The Magician's Birthday, saying, "Though probably not as cohesive as it could be, it still offers plenty of highlights, earning its place among Heep's finest albums". Reviewer Daniel Dias singled out "Sunrise", noting that it was "a highlight in Heep's catalog and one of the band's finest progressive rock ballads".[4] AllMusic noted the album's prog elements as well, and said, "The Magician's Birthday never quite hits the consistent heights of Look at Yourself or Demons and Wizards but remains a solid listen for Uriah Heep fans".[5]