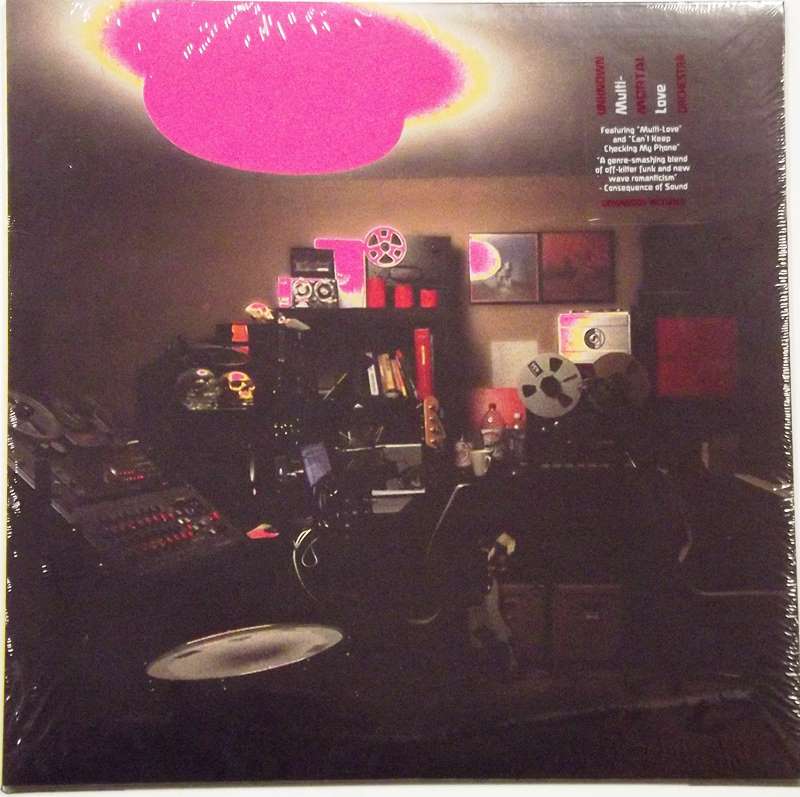 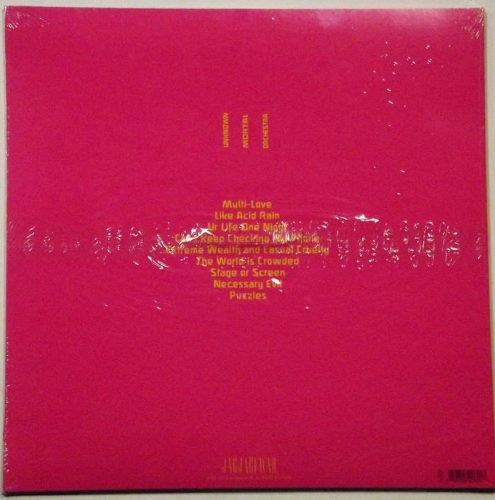 Unknown Mortal Orchestra's music is like a game of hide-and-seek, revealing one thing only to bury another. Blink and you’ll miss the guitar in the beginning of Multi-Love’s "The World Is Crowded" because a burst of synths comes in and saturate the track to a pure white hum. If you don’t catch the anxieties and heartbreaks of polyamorous love, it’s because Ruban Nielson has compressed and phased his voice down to a thin analog texture. Falling for UMO is as easy as taking time to look for what Nielson conceals in his songs. It can be a vintage Crumar synth tangled in the mix, or him pondering if someone would listen to his "silly voice" on the last day of their life; a loose hi-hat on the off-beat subtly driving the verse into the chorus, or him thinking his wife’s love for him is her "fatal flaw."

For as tuned-in and specific as it is, Multi-Love is multivalent. Next to some baroque '60s beat music there’s a Zappa homage, propped up against a dance track you could find on a Giorgio Moroder record, followed by some pigeon-toed funk that you should probably do a bunch of drugs to. It’s a wunderkammer inside, cramped with hundreds of tiny gestures, musical and lyrical. Recall, this is a guy who’s obsessed with taking huge pop ideas, like "How Can You Luv Me" off his debut album, and turning them completely inward. That song could be a Bruno Mars No. 1 hit in the hands of a major label producer. But Nielson is a fussy gear-head who loves psychedelia, shredding on his guitar without a pick, and, well, making music to do a bunch of drugs to. All the pop songs are buried deep in the mossy soul of Multi-Love.

Nielson produced, mixed, and engineered the entirety of Multi-Love. Some back-end teams work hard to hide in the shadows and feel that if they do their job well, the listener won’t even notice any production. Nielson is the opposite of that. The production is so central it’s almost another character on the album, corroding and tripping out the instruments, and compressing drum tracks down so they can fit in the palm of your hand. At times it feels like you’re listening to the album with un-popped ears. Once in a while, on simpler songs like the mid-tempo "Stage or Screen" or the obtuse motown-soul of "Ur Life One Night", make this vintage sheen feel like a crutch rather than a purposeful tool.

Nielson's ear for how something should sound is unparalleled, and his fastidious choices behind the boards are a large part of what makes Multi-Love a joy to listen to. It's as if he tried to make Stevie Wonder’s Innervisions and Prince’s Sign ‘O’ the Times in secret, so as not to wake the kids upstairs—private celebrations and private exorcisms. The most outspoken Nielson gets is on "Can’t Keep Checking My Phone", a single worthy of Larry Levan’s crate at Paradise Garage as some one-off flamenco disco track stuck near the end of the set. Underneath the spacey dance party, Nielson lays out a bittersweet song about missing someone you love, while the other person you love is right by your side.

In a recent profile, Nielson said, "Think about the two most serious relationships in your life so far, and then experiencing them simultaneously." Polyamory is an emotionally and spiritually dense topic to approach on an album, and, for someone with a third-eye tattoo, Nielson mostly avoids speaking in hempy clichés. Save for some grand overtures on the title track that actually feel more expository than anything else, his laments about these two women in his life are as finely portioned as the music below it. He ropes his feelings under universal themes on "Extreme Wealth and Casual Cruelty". Who wouldn't want to abandon it all and start over again as "just strangers" without the strictures of money or society? It's a story as old as time, only in Nielson's case, it just happens to be star-triple-cross'd lovers.

This is Nielson's most accomplished album, though it's not his most direct, or brash, or explosive. Those are moods he mostly saves that for the closer, "Puzzles". The seven-minute song serves as a tacked-on coda with overdriven '70s hard rock guitar and Nielson stretching the capacity of his vocals to a bluesy peak. It will kill live, as will most of these songs which will bend into longer, louder psych forms in rock clubs. But "Puzzles" feels broad and out of place here, despite its charms. Maybe it's the "Electioneering" outlier of an album with such an evocative mood. I think there's more to be found in the horn part on the endlessly melodic "Necessary Evil", played by Nielson's father. It's soft as Muzak, a simple up-and-down melody with smooth swing rhythm. When Nielson coos the words "necessary evil," the horn line just shifts forward one beat in the measure, making it sound entirely different while actually staying the exact same. It's one small link in a long chain of moments strung together seamlessly and imbued with so much.