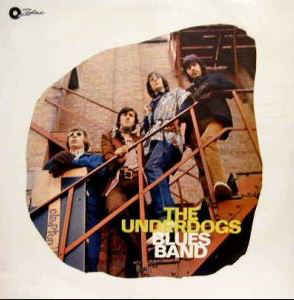 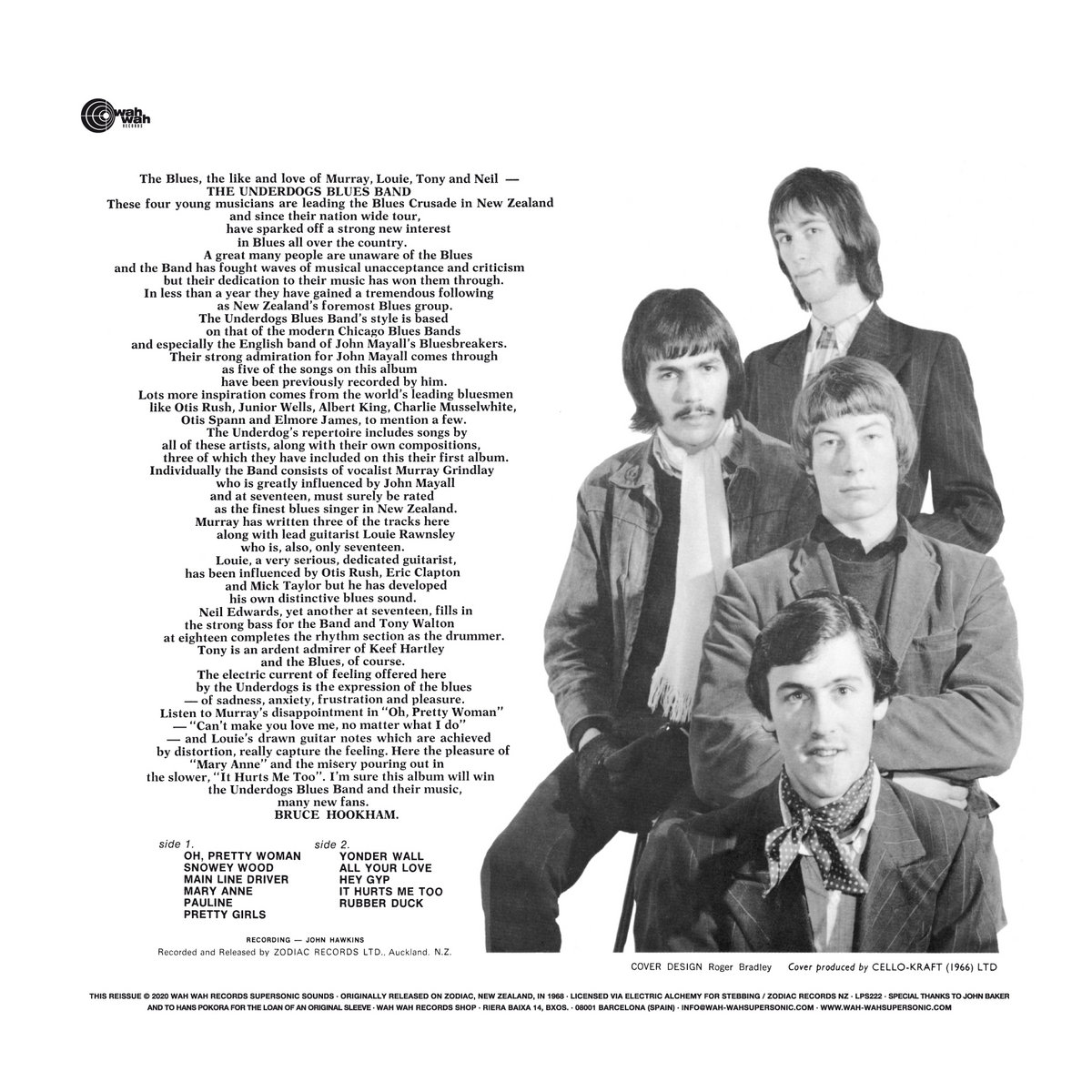 Formed in New Zealand in the late 60s, this blues rock band started out in a similar vein to that which Cream and the Doors mined so successfully. The band grew out of a mid-60s meeting in Auckland of like-minded musicians, including guitarist and vocalist Archie Bowie, guitarists Tony Rawnsley and Harvey Mann, bass player Neil Edwards and drummer Barry Winfield. Known casually as the Magee Street Underdogs, the group underwent personnel changes over the next couple of years during which time they made some singles for Zodiac Records and appeared fleetingly on television’s C’mon. By 1967 the personnel had become vocalist Murray Grindley, guitarists Mann and Lou Rawnsley (brother of Tony), bass player Edwards and drummer Tony Walton. Mann’s departure (he did not like the orthodoxy required by television producers) led to an adjustment of the remaining band members. They made some more recordings, including the popular Sitting In The Rain EP and the Blues Band album, and also toured in a road show version of C’mon.

Now based in Wellington, and with more personnel changes, Edwards was replaced by Dave Orams who was in turn succeeded by George Barris, the band lasted only a few more months. This was 1968 and when the band re-formed later that year it had Grindley, Mann, Lou Rawnsley, and drummer Doug Thomas. The following year, by which time Chaz Burke-Kennedy had replaced Rawnsley, this line-up, too, folded. Through the 70s various combinations of former members and newcomers regrouped, sometimes using the name Underdogs, sometimes not. Most members played with other groups and some also formed and briefly led their own bands. Grindley in particular did well with some solo hits in the early 70s and also 1982’s ‘Shoop Shoop Diddy Wop Cumma Cumma Wang Dang’, as Monte Video, which was placed number 2 in New Zealand and number 11 in Australia.