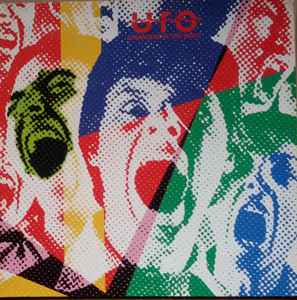 Strangers In The Night (Clear Vinyl)

Strangers in the Night (originally subtitled A Double Live Album) is a live album by British hard rock band UFO, first released in 1979 on the Chrysalis label.

The original double LP album was recorded in autumn 1978 at shows in Chicago, Illinois and Louisville, Kentucky. This was UFO's last concert recording with guitarist Michael Schenker before the band's reunion in 1993. Schenker left the band during this tour; this led to the band having to recruit former bandmate & ex-Lone Star guitarist Paul Chapman. It has been rumoured that Schenker refused to record any overdubs for the album,[3] which would make this an accurate account of his live guitar work. When he has discussed the album, Schenker has spoken of disappointment with the chosen tracks, saying "there were better takes they could've used".[4]

Strangers in the Night peaked at No. 7 on the UK charts[5] and No. 42 on the US charts.[6] Strangers in the Night is often listed by critics and fans as one of the greatest live rock albums of all time.[1][7] Kerrang! magazine listed the album at No. 47 among the "100 Greatest Heavy Metal Albums of All Time".[8] Slash, guitarist for Guns N' Roses, has stated that this is his favorite live album.[9] Founding UFO members Pete Way (bass) and Andy Parker (drums) both say it's their favorite UFO record.[10]

Some of the songs were recorded from a show from UFO's tour with Blue Öyster Cult.