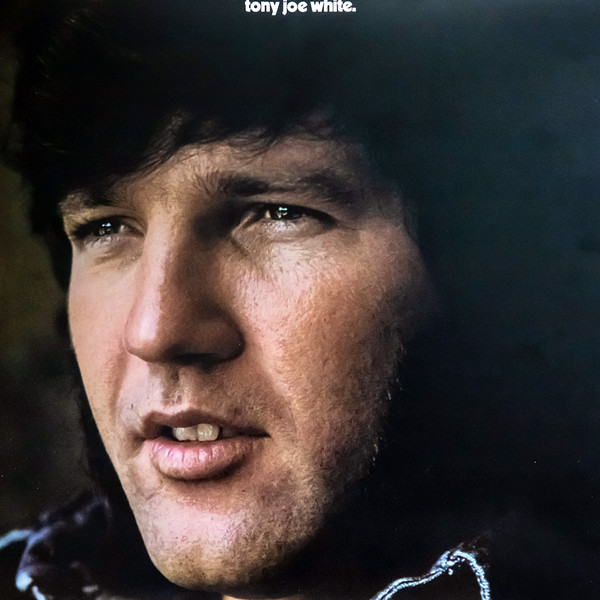 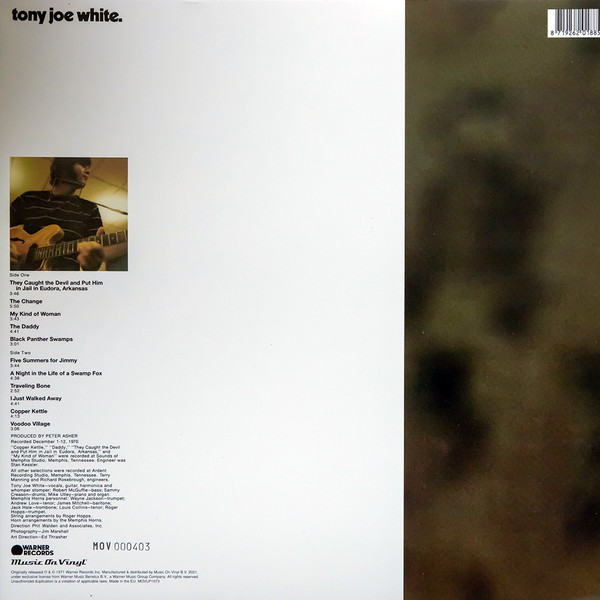 Joe White scored big with 1969’s “Polk Salad Annie” from the album Black & White [MOVLP989] and he was having success as a songwriter too: “Rainy Night In Georgia” was a huge hit for Brook Benton in 1970.

His self-titled third album (1971) finds the “Swamp Fox” tempering his bluesy rockers with a handful of introspective, soul-dripping ballads and introducing horn and string arrangements for the first time. The addition of the Memphis Horns and other Muscle Shoals session men really worked well for the album. Many of the songs will remind the listener just how turbulent the cultural climate of the late 60’s and early 70’s was in the U.S. Songs like “The Change”, “Black Panther Swamps” and “I Just Walked Away” (the album’s first single) are testament to the era.

The album was recorded over a two-week period in December 1970, in two different Memphis studios. Producing the album was none other than London-born Peter Asher, who had just produced James Taylor’s early hit­s.