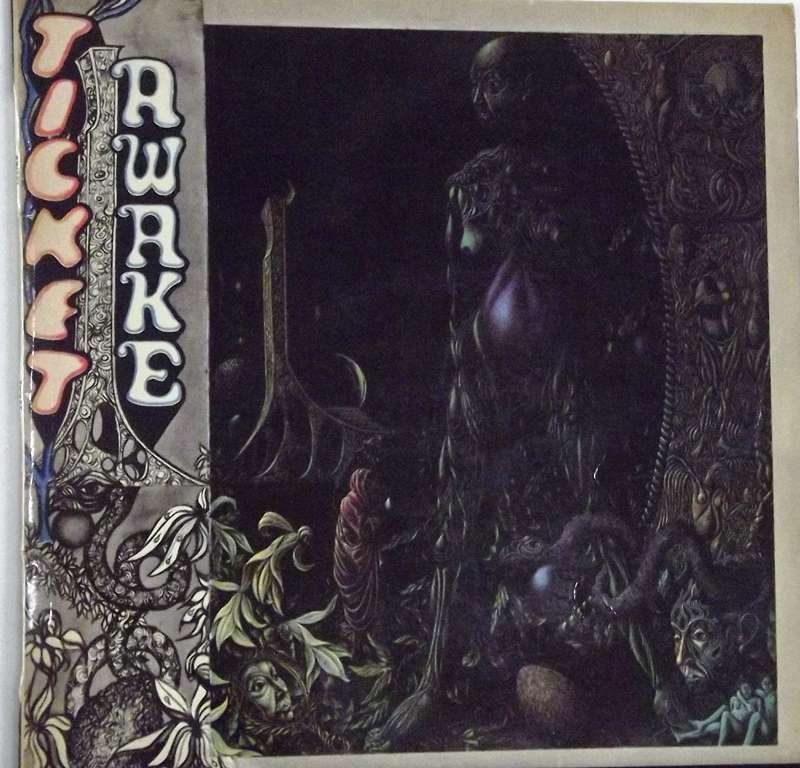 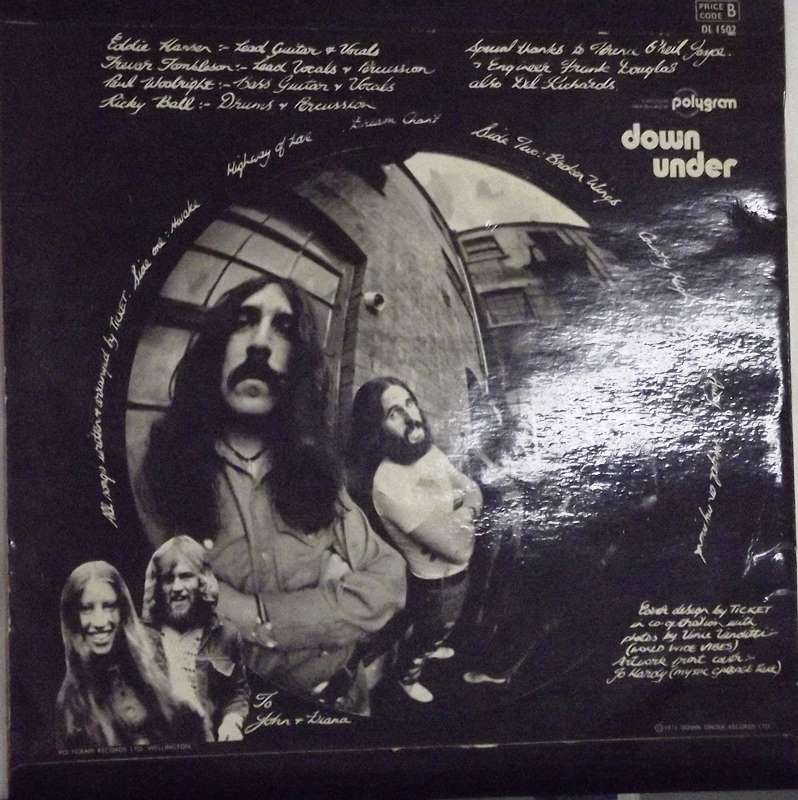 Ticket’s Awake is one of the best classic rock/psych albums from a surprisingly fertile late 60s/early 70s New Zealand scene.  Ticket’s roots trace back to several late 60s blues rock and pop groups: the Challenge, the Blues Revival and the Jamestown Union. Despite hitting the top 20 with the funky rural rocker “Country High” and recording two albums, Ticket’s popularity never broke out of the Aussie/New Zealand territories.

Awake’s contents were made up of several single sides issued in 1971 and some new studio material that date from 1972.  Hendrix, Cream and Traffic are the primary influences heard on Awake but Ticket’s funky rhythm section, rural overtones and complex song structures make them a distinct entity. The vocals of Trevor Tombleson are a fine mixture of Steve Winwood soul and Jack Bruce grit.  This vocal style is showcased on the group’s 8 minute psych gem “Dream Chant,” which is arguably the group’s finest moment on plastic.  “Broken Wings” and “Angel On My Mind” are strong Hendrix influenced originals with excellent guitar work courtesy of Eddie Hansen.   Hansen takes the spotlight on “Highway of Love” and “Reign Away,” both of which feature funky guitar licks and impressive soloing.  Two and a half minutes into “Reign Away” Hansen unleashes a devastating feedback drenched psych solo that is worth the price of admission alone.  Most of the tracks exceed the 5 minute mark but the group never succumb to aimless jamming – this band was as tight as a drum and knew exactly where to take the song.  A “must own” if early Mighty Baby, Cream, the Jimi Hendrix Experience or Traffic are your cup of tea – every track is a winner.