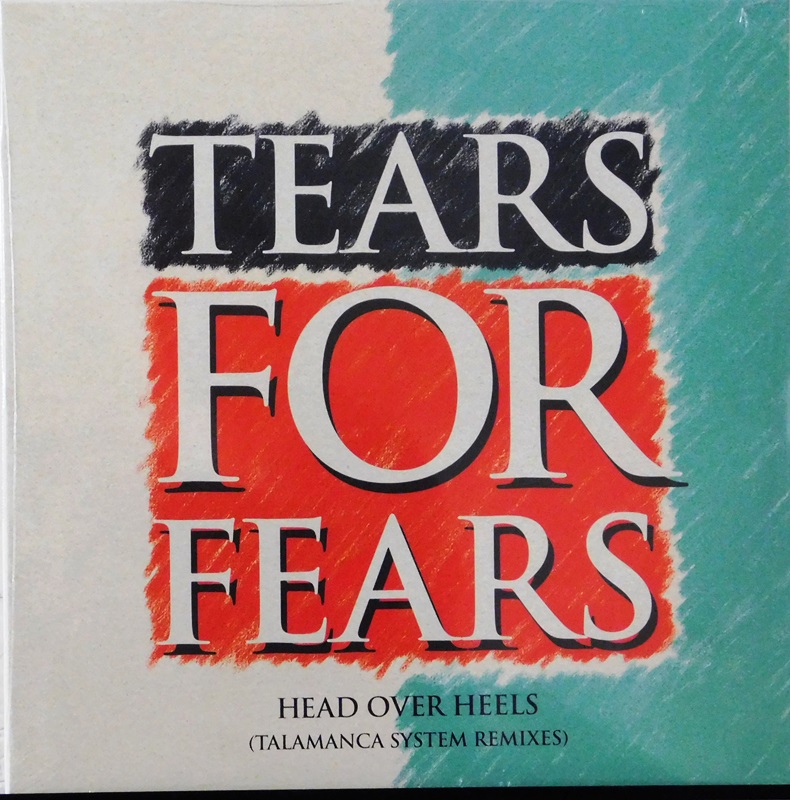 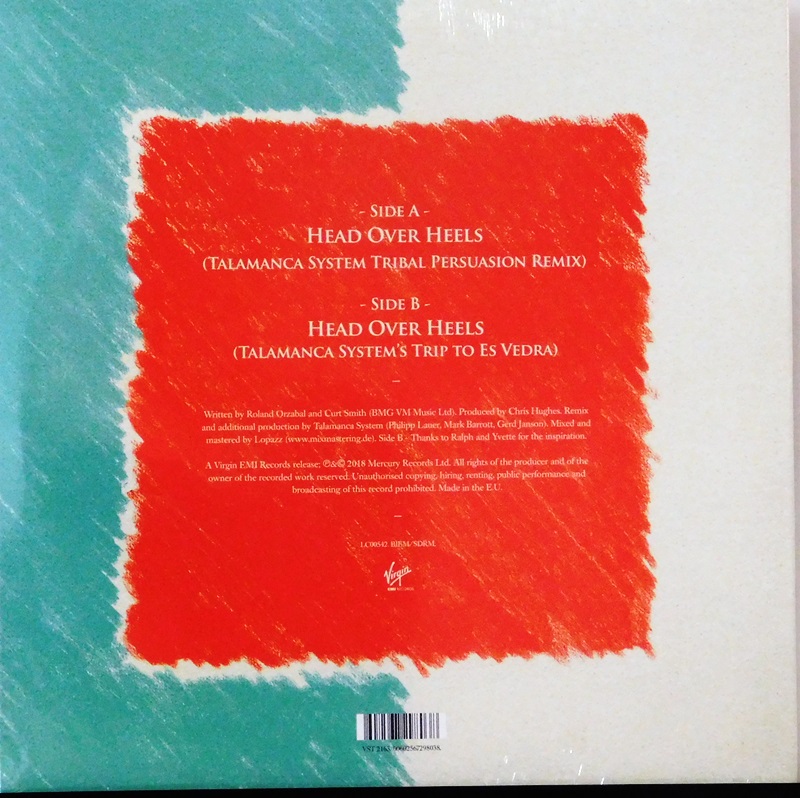 Following the release of the Rule The World greatest hits, Virgin/EMI have commissioned a contemporary remix of Tears For Fears‘ 1985 hit single Head Over Heels which will debut on streaming services on Friday 17 November. ‘The Talamanca System Tribal Persuasion Remix’ is a Balearic-style ‘chill-out’ mix created by The Talamanca System, who are Mark Barrott, Philip Lauer and Gerd Janson. Before it’s officially ‘released’ tomorrow, you can get a sneak preview of the new mix by visiting the website of LA radio station KCRW via this link and clicking on ‘play’ where it reads ‘Latest Show’. Skip to 2:16 into the programme (it’s the Mario Cotto show).

Ralph Moore, who works as a remix consultant for the Pet Shop Boys, was asked by Virgin/EMI to work on this project. He was charged with choosing a track to remix and finding the appropriate person/team to do it.

The official press release states that “alongside Prefab Sprout and Talk Talk, Tears for Fears are one of the holy triumvirate of Balearic Pop, representing the true spirit of Ibiza”. I spoke to Moore and asked him if he really thought that was true. He told me “Over the years certain Tears For Fears records have undoubtedly become ‘sunset’ records – obviously we’re not talking about Sowing The Seeds Of Love or Advice For The Young At Heart – but Shout was already a club hit anyway, in the ’80s in Ibiza and when the original greatest hits got reissued [Tears Roll Down came out as a 2CD set in 2004] there was a Nic Fanciulli remix of Shout [the Skylark 12″ Extended Club Mix] which I remember hearing in Ibiza. But you know it’s a Balearic sensibility… we’re obviously not talking about club sets, we’re talking about sunset sessions.”

But why go down the Balearic route in the first place? According to Moore, “the remit wasn’t ‘let’s make a four-to-the-floor banger’, for want of a better phrase. It was more about making a record which could get played on the radio, but would also connect with this kind of audience. The Balearic/chill-out sound is having a real revival, again. Mark Barrott, who DJs at a place called Hostal La Torre [in Ibiza], he did a track with the singer from It’s Immaterial [John Campbell] – I know you like a bit of It’s Immaterial! – and he tried to do a track with Paddy McAloon, so I think you can see for those guys, this was a dream project. They took it very seriously. Mark is a trained musician. The job was to contemporise the band for a [new] audience… KCRW in LA is playing the remix alongside a lot of brand new electronic music, and that’s what you want.”

But what did Tears For Fears think of this new remix? “We sent it to the band and I think within two or three days it was approved” says Moore.

I put it to Ralph that there is likely to be a fair proportion of SDE readers and Tears For Fears fans of a certain age who aren’t necessarily going to react positively to this remix, which strips out all of the original instrumentation leaving only the original vocals set to a tribal Balearic beat. “It’s a difficult one” he said. “I’ve very much made this my remit in the world now, to do remix A&R. It’s not for me to say who’s right and who’s wrong. I’m very proud of what we’ve achieved here.”