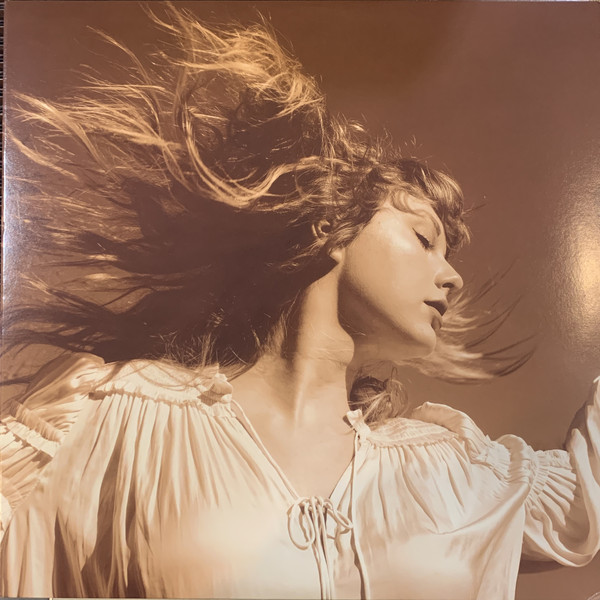 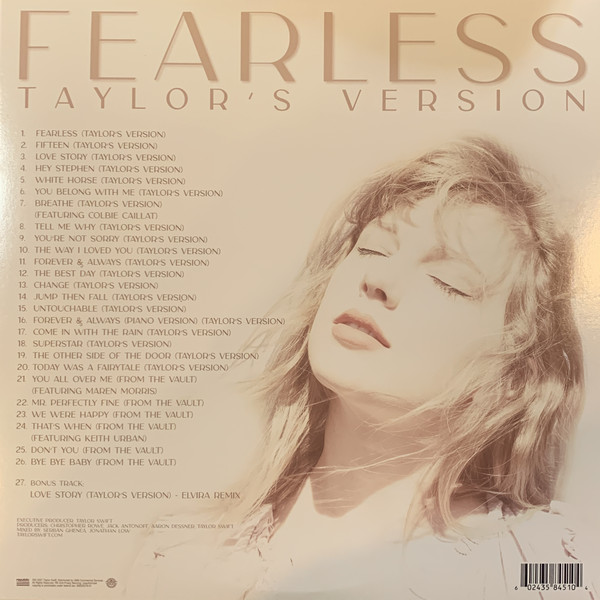 Fearless (Taylor's Version) is the first re-recorded album by American singer-songwriter Taylor Swift, released on April 9, 2021, through Republic Records. It is a re-recording of Swift's second studio album, Fearless (2008), and the first of six re-recorded albums Swift plans to release, following the dispute regarding ownership of the masters to her first six studio albums.

The album consists of re-recorded versions of all 19 tracks from the platinum edition of Fearless, Swift's 2010 soundtrack single "Today Was a Fairytale", and six additional "from the Vault" songs not included on the original release of Fearless. Recreating the instrumentation of the 2008 recording, the album was produced by Swift, Christopher Rowe, Jack Antonoff, and Aaron Dessner. Out of the 26 songs, 12 were written solely by Swift. Colbie Caillat, Maren Morris and Keith Urban contribute guest vocals.

Fearless (Taylor's Version) was preceded by three of its songs, all of which entered the top 10 of the Billboard Hot Country Songs chart: "Love Story (Taylor's Version)" topped the chart, "You All Over Me" landed at number six, followed by "Mr. Perfectly Fine" reaching number two. The album received critical acclaim, with emphasis on nostalgic sentiment, Swift's matured vocals, and the crisper production. It reached number one in Australia, Canada, Ireland, New Zealand, Scotland, the United Kingdom and the United States, becoming the first re-recorded album ever to top the Billboard 200 chart.