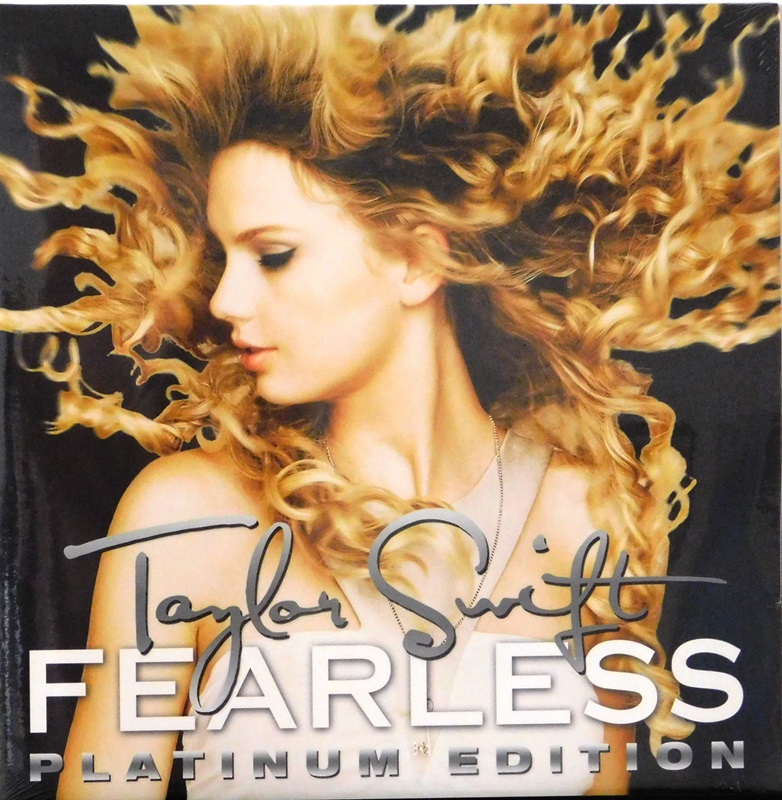 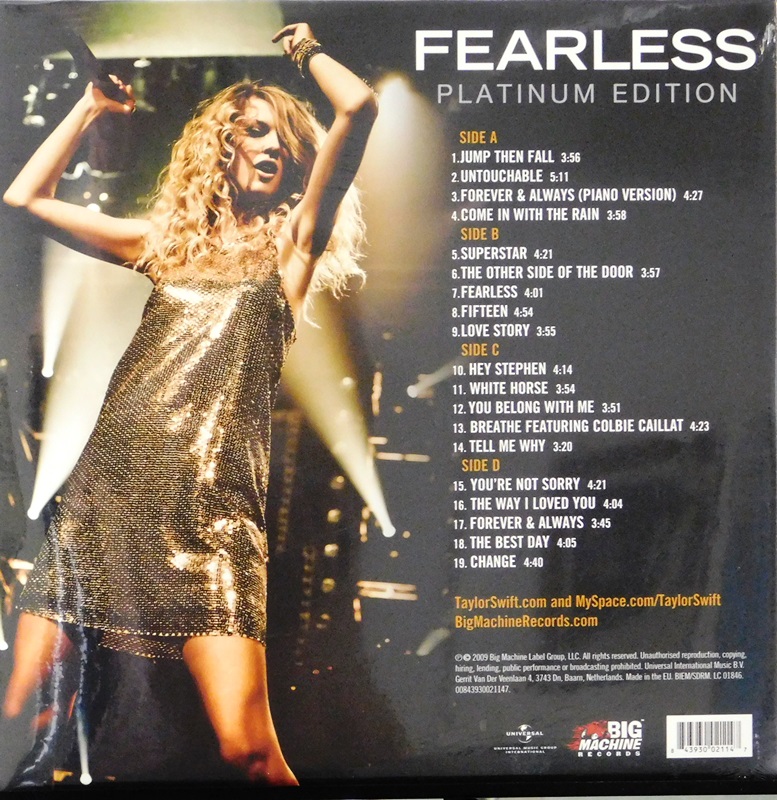 Fearless is the second studio album by American singer-songwriter Taylor Swift. The album was released on November 11, 2008, by Big Machine Records. As with her first album, Taylor Swift, Swift wrote or co-wrote all thirteen tracks on Fearless. Most of the songs were written as the singer promoted her first album as the opening act for numerous country artists. Due to the unavailability of collaborators on the road, eight songs were written by Swift. Other songs were co-written with Liz Rose, Hillary Lindsey, Colbie Caillat, and John Rich. Swift also made her debut as a record producer, co-producing all songs on the album with Nathan Chapman.

Five singles were released from Fearless. The first single, "Love Story", sold more than 8.1 million copies worldwide (according to the IFPI).[1] It was a crossover hit that became one of the best-selling singles of all time internationally and was once the best-selling country song of all time. The succeeding single, "White Horse", also performed well in the US. "You Belong with Me" was an international success, becoming Swift's second best-selling single and her highest position on the US Billboard Hot 100 at the time. "Fifteen" and "Fearless" followed with both achieving a platinum certification from the Recording Industry Association of America (RIAA).

Fearless was an international breakthrough and huge commercial success for Swift. It debuted at No. 1 in the United States, and later became the best-selling album of 2009, selling over 3.2 million copies. It gave Swift, 18 at the time, the distinction of being the youngest artist in history to have the year's best-selling album. As of July 2019, the album has sold 7.18 million copies in the United States.[2] Fearless topped the charts in Canada and New Zealand and achieved multi-platinum status in six countries. In all, Fearless has sold more than 9.7 million copies worldwide as of December 2017.[3] Fearless is also the most awarded album in the history of country music, winning Album of the Year at the 52nd Annual Grammy Awards, the American Music Awards of 2009, the Country Music Association Awards and the Academy of Country Music Awards. Winning Album of the Year at age 20, Swift became the youngest artist in the history of the Grammy Awards to win the award. She would later win her second Album of the Year six years later.[4] On December 11, 2017, Fearless became the 121st album to achieve a diamond certification in the United States, signifying 10,000,000 album-equivalent units.[5] To promote the album, Swift embarked on her first concert tour, Fearless Tour between April 2009 and June 2010.