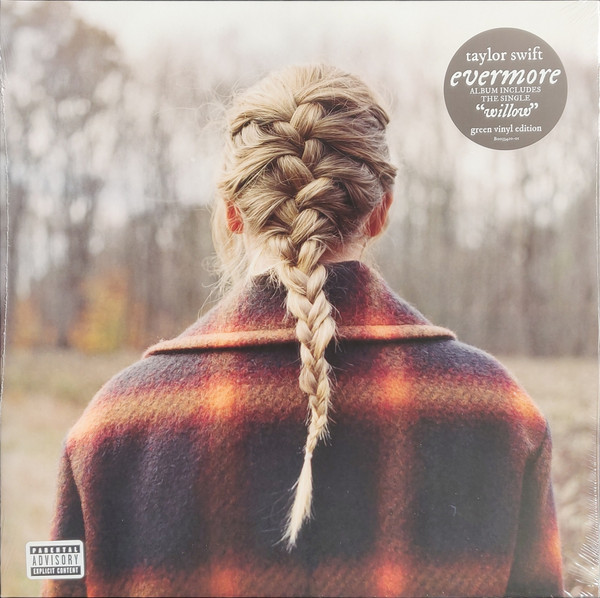 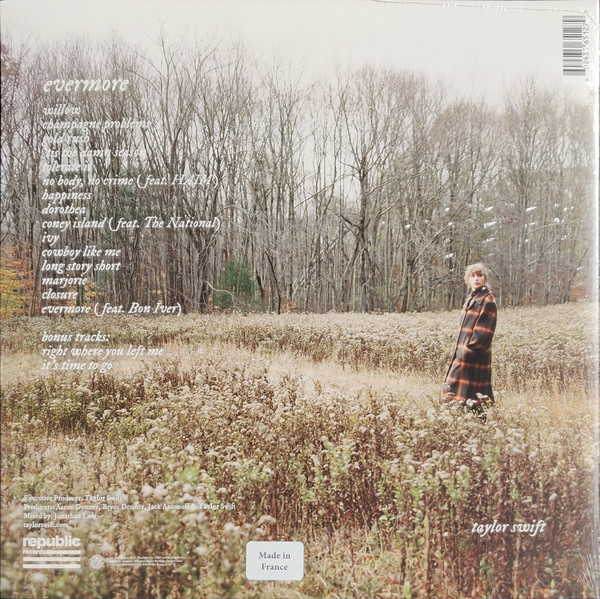 Evermore (stylized in all lowercase) is the ninth studio album by American singer-songwriter Taylor Swift. It was released on December 11, 2020, through Republic Records, less than five months after the singer's eighth studio album, Folklore. Evermore was a spontaneous product of Swift's extended collaboration with her Folklore co-producer Aaron Dessner, with whom she developed a creative chemistry.

Launching Evermore as a surprise album alike Folklore's release, Swift dubbed the albums as sister records and described Evermore as an offshoot of "the folkorian woods", a music direction she perceived with Folklore. Carried by wintry compositions of fingerpicked guitars, somber pianos, lavish strings, and sparse percussions, Evermore is an alternative rock, folk-pop, and chamber rock record. Its subject matter is built around impressionist storytelling and mythmaking, comprising tales of love, marriage, infidelity, and grief, arranged like an anthology. American bands Bon Iver, Haim, and the National contribute guest vocals. Evermore received universal acclaim from music critics, who praised its character dynamics, experimental production, and Swift's expressive vocals, and regarded it a sequel or a counterpart to Folklore. Various publications included Evermore in their year-end best albums lists for 2020.

The album reached number one in Argentina, Australia, Belgium, Canada, Croatia, Greece, New Zealand, Portugal, the United Kingdom, and the United States. Republic Records reported more than a million copies of Evermore sold in its first week globally. It broke records as Swift's eighth consecutive number-one debut on the Billboard 200, the shortest gap between two number-one albums by a female artist in Australia and the U.S., the fastest accumulation of six number-ones in the UK by a female artist, and the largest vinyl sales week in the history of MRC Data. Its lead single and opening track, "Willow", became Swift's seventh number-one song on the Billboard Hot 100 and her second in 2020 after "Cardigan" from Folklore, distinguishing her as the first and only act to simultaneously debut atop both Billboard 200 and Hot 100 charts in two different occasions.