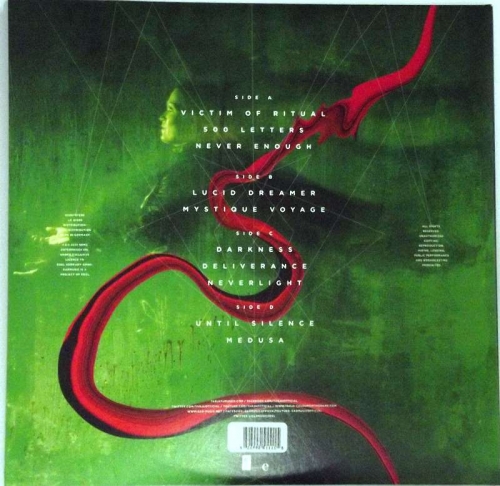 Colours in the Dark is the fourth studio album released by Finnish vocalist Tarja Turunen. The record was released on 30 August 2013, in Austria, Brazil, Finland, Germany, Portugal, Spain, and Switzerland; 2 September in Norway, Poland, and the Czech Republic; 3 September in the United States and Canada; and 4 September in Belgium, Denmark, the Netherlands, Sweden, and the UK. Mixing was done by Tim Palmer in Austin, Texas in the United States.[2] Tarja will start the Colours in the Dark World Tour on 17 October 2013, to promote the album. The name of the album, as the cover image, came as a metaphor from the idea that life has a large range of colors and the dark absorbs all of them, containing every color.[3]

An official lyric video of the song "Never Enough" was released 31 May.[4] The video was shot in Zlin, Czech Republic.[5] The song was also released as a single on iTunes.[4]

On 12 September 2013, Earmusic, Tarja's label, announced that the second single taken from the album is going to be "500 Letters". It would be released as a strictly limited CD single and download at the end of October.[7] A promo teaser of the videoclip was released on 25 October and they announced that the premiere was going to be on 31 October. "500 Letters" was released on 1 November 2013 as a digital download only.

On 20 February it was revealed on the blog[8] that a new version of the album called Left in the Dark would be released later this year and will feature different versions of the songs on the original Colours in the Dark including acoustic versions of 500 Letters & Until Silence. A competition was held, with special prizes to the 5 best artworks.