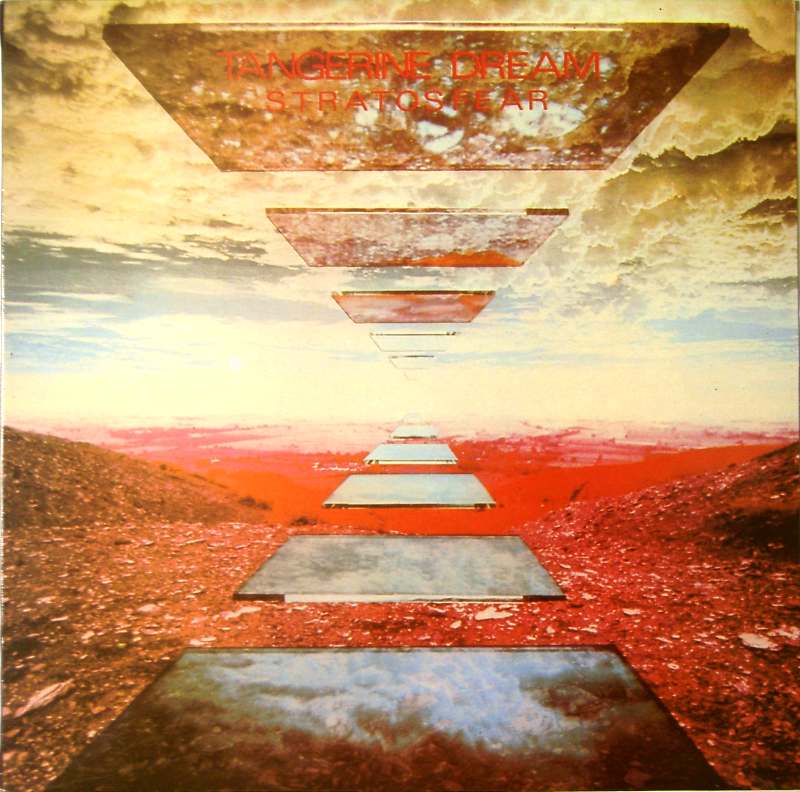 Stratosfear is the eighth album by the German group Tangerine Dream.[3]

Nick Mason of Pink Floyd did the original mix of Stratosfear in April 1976 at Hansa by the Wall. Due to disputes between Tangerine Dream and Virgin, this mix was abandoned.[4]

Stratosfear combines Tangerine Dream's acoustic and electronic influences more tightly than before. For instance, at the end of the last track, "Invisible Limits", the deep piano/flute tune reveals the album's romantic flavour even after the earlier predominantly synthetic compositions (tracks #1 to last part of track #4). It was Peter Baumann's last studio album with the group.

The album marks the beginning of the band's development away from their uncompromising early 1970s synthesizer experiments toward a recognisably more melodic sound, a trend they would pick up again in 1979's Force Majeure. The title track "Stratosfear" has been played live many times and has been released in a re-mixed form on a number of other albums.