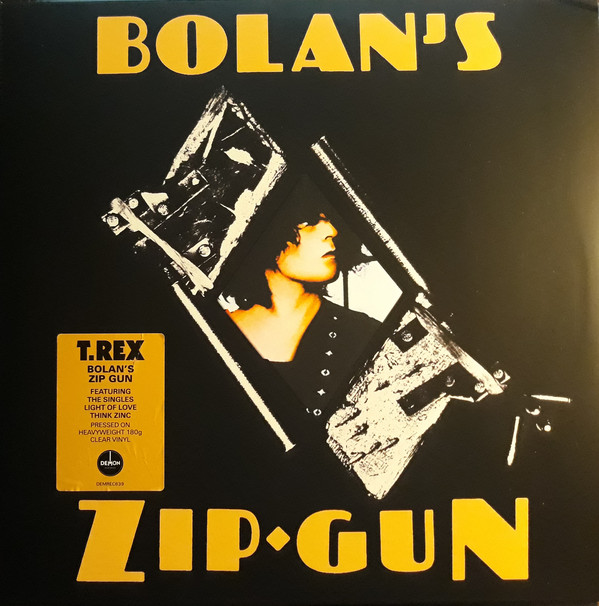 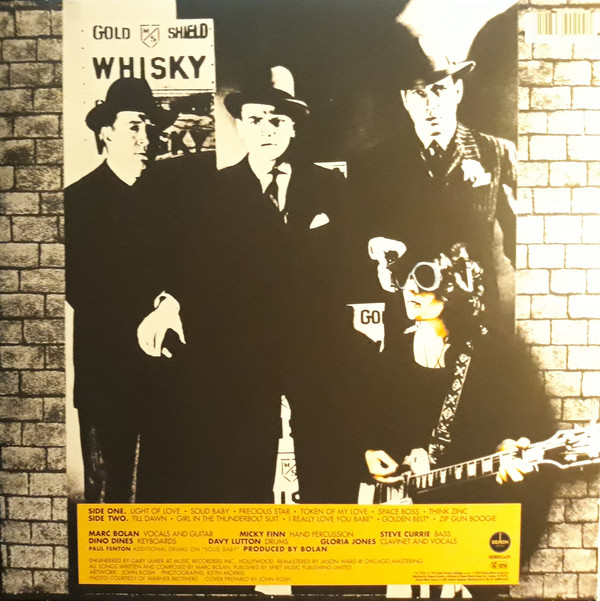 Eight of the eleven songs on the album had already been released in the US the previous year on the Light of Love album on Casablanca Records. Zip Gun was a repackage with three extra tracks.[1] However, it was the only T. Rex album that failed to chart in the UK.[1]