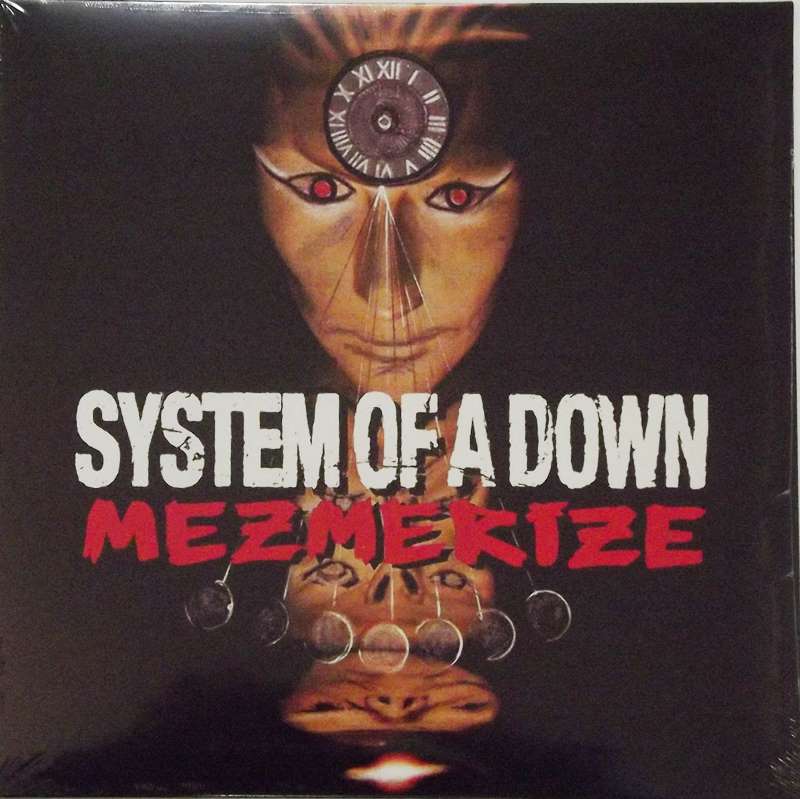 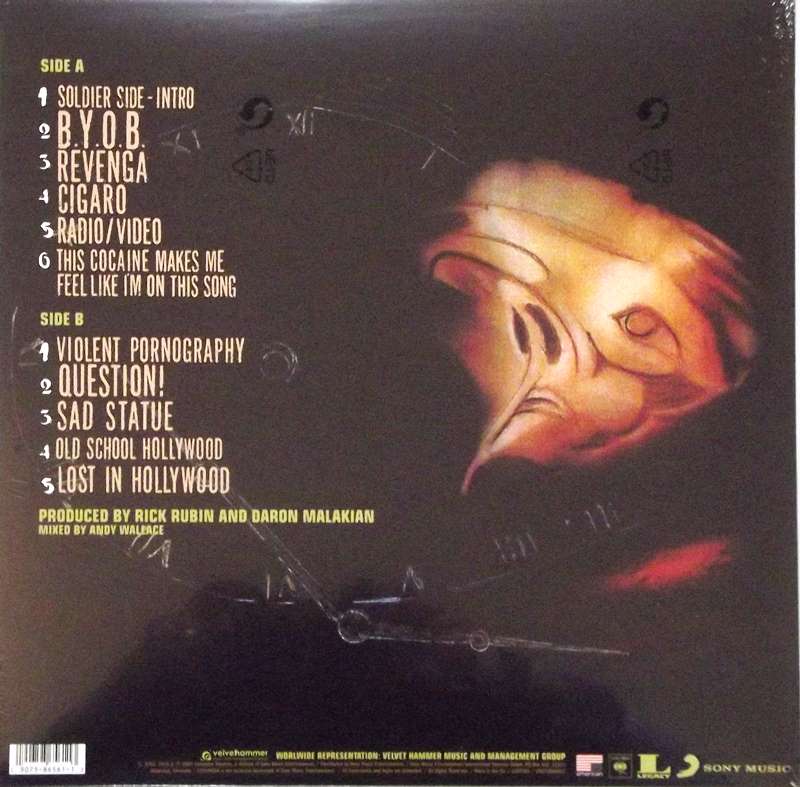 Mezmerize is the fourth studio album by the band System of a Down. It was released on May 17, 2005 on Columbia Records. The album received widespread acclaim from critics, becoming the band's highest rated album on Metacritic, with a score of 85.[11]

Despite the time difference between releases, Mezmerize and Hypnotize were recorded within the same time frame. The album features guitarist Daron Malakian sharing most of the vocal work with vocalist Serj Tankian, splitting the vocals at least halfway on many of the tracks. In 2018, Malakian and Tankian both independently revealed that at the time of recording the two albums, Tankian was almost out of the band. According to Tankian, this was because of differences in creative input and financial revenue split.

Malakian wrote "Old School Hollywood" after playing in a celebrity baseball game for charity. The song mentions Tony Danza and Frankie Avalon, who also played in the game.[14]

In "Radio/Video" there are lines about Danny and Lisa. Here what Daron Malakian said about this to Revolver magazine:

"My neighbors were Danny and Lisa, who I sing about in "Radio/Video" with System — they had that record [Paul Stanley 1978 solo album] and it ended up at my apartment. I would listen to that record all the time. I first saw Kiss at a relative's house. They were older teenagers and had Kiss all over the walls in their bedrooms. I remember being so afraid of Kiss, and it just stuck. Kiss started the metal attitude, metal theatrics and metal fashion — they contributed to that a lot. I was listening to that album in my car with my girlfriend a few months back. When I put it on, I said: 'This album is extremely special to me.'"

"I've always been a huge fan of disco music through my life. We have a song called "Violent Pornography" in System of a Down, and the lyrics are: "It's a non-stop disco/Betcha didn't know/Betcha didn't know …" That line means, "I love disco, betcha didn't know." That has nothing to do with the rest of the song, by the way." [15]

The Japanese version of the album contains a slightly different mix of "Soldier Side (Intro)" with strings, while the leaked mp3 version of "Cigaro" contains a 4-stick hit intro not present in the retail version. The album artwork is done by Vartan Malakian, the father of guitarist Daron Malakian.