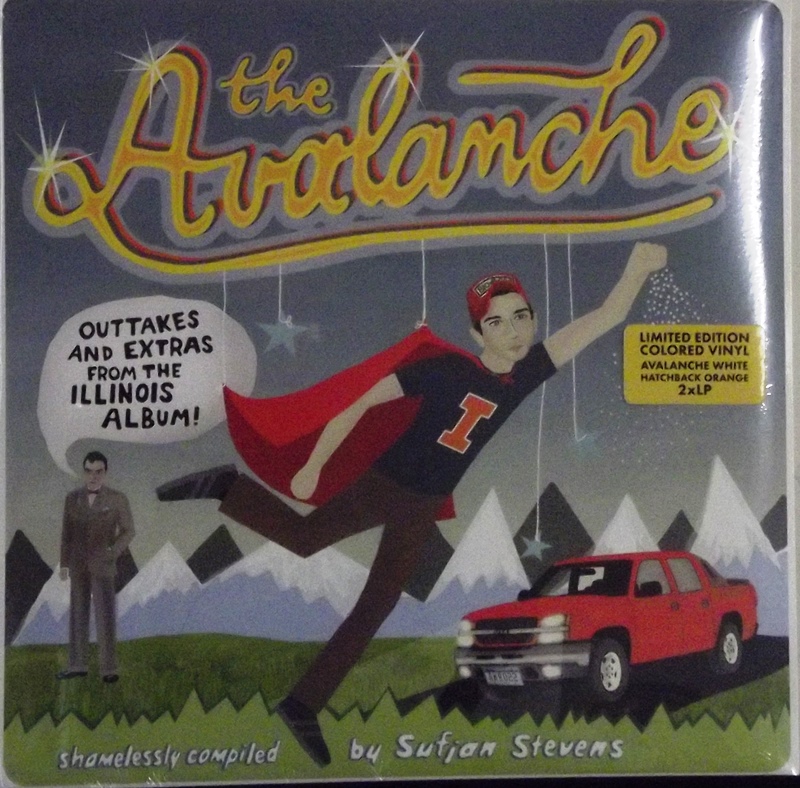 The Avalanche (styled The Avalanche: Outtakes and Extras from the Illinois Album! on the cover) is a 2006 album by indie rock singer/songwriter Sufjan Stevens, consisting of outtakes and other recordings from the sessions for his album Illinois, released the previous year. The title song "The Avalanche" was also a bonus track on the Illinois vinyl and iTunes release.

A press release on the Asthmatic Kitty website reported that the Illinois album was supposed to be a double record (with somewhere near 50 songs), but the idea was eventually scrapped. After the success of the album, Stevens returned to his digital 8-track recorder in late 2005 and began the process of finishing 21 of the previously abandoned songs, which would eventually become The Avalanche.

Stevens has stated during interviews that although he doesn't like The Avalanche as much as Illinois, he felt it was important to release the songs in light of the success of his most recent album.[3] He has also said that he decided to release the album in order to buy time until his next "50 States project" release. The album cover jokingly makes reference to the partially commercial reasons for the album's release, declaring that its contents were "shamelessly compiled by Sufjan Stevens".

In May 2006, Pitchfork Media was given permission to distribute the second track from The Avalanche, titled "Dear Mr. Supercomputer", on their website in MP3 format. The whole album was leaked to the Internet on May 9, 2006.

The track "No Man's Land" plays during the closing credits to the 2006 film Little Miss Sunshine, which also features "Chicago" by Sufjan Stevens. The track "The Perpetual Self, or 'What Would Saul Alinsky Do?'" plays during the trailer for the film Babies.