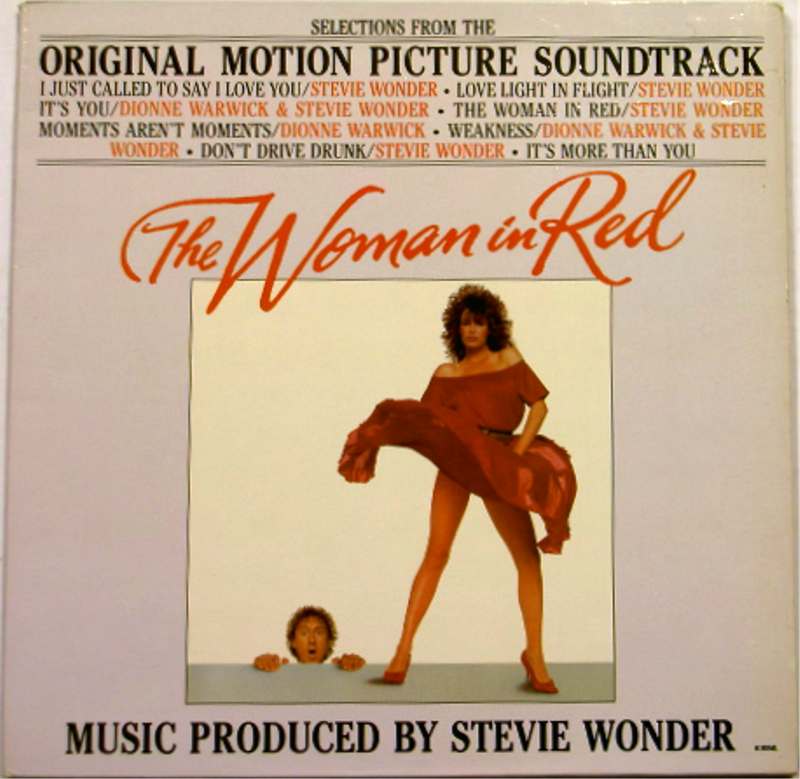 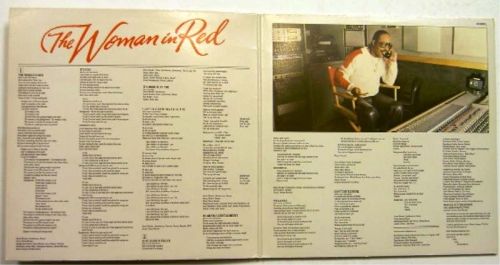 The Woman in Red (Original Soundtrack)

The Woman in Red: Original Motion Picture Soundtrack is the second soundtrack album released by American musician Stevie Wonder on the Motown label. Also featuring Dionne Warwick, the LP was released in 1984 for the film of the same name. It featured Wonder's biggest hit, "I Just Called to Say I Love You", which hit #1 internationally and won the Academy Award for Best Original Song, and also featured the follow-up hit, "Love Light in Flight" (a US top 20 hit) and "Don't Drive Drunk", the song and the accompanying music video for which were used in the Ad Council and the US Department of Transportation's Drunk Driving Prevention public service announcement the following year.

The album reached number four on the US Billboard 200 chart, #1 on the R&B Albums chart (for four weeks) and #2 on the UK Albums Chart, where it was kept off the top spot by the albums Now That's What I Call Music 3 and David Bowie's Tonight. After Songs in the Key of Life and Hotter Than July, Wonder reached #2 in the UK charts failing to achieve a #1 album, a milestone that he never was able to achieve. However, "I Just Called to Say I Love You" was a massive hit in the UK, reaching #1, becoming the second best-selling single of 1984 (only behind Band Aid's "Do They Know It's Christmas?") and the third most successful single of the entire 1980s there. (With 1.775 million copies sold only in the UK, the single is actually the thirteenth most successful ever in Britain).