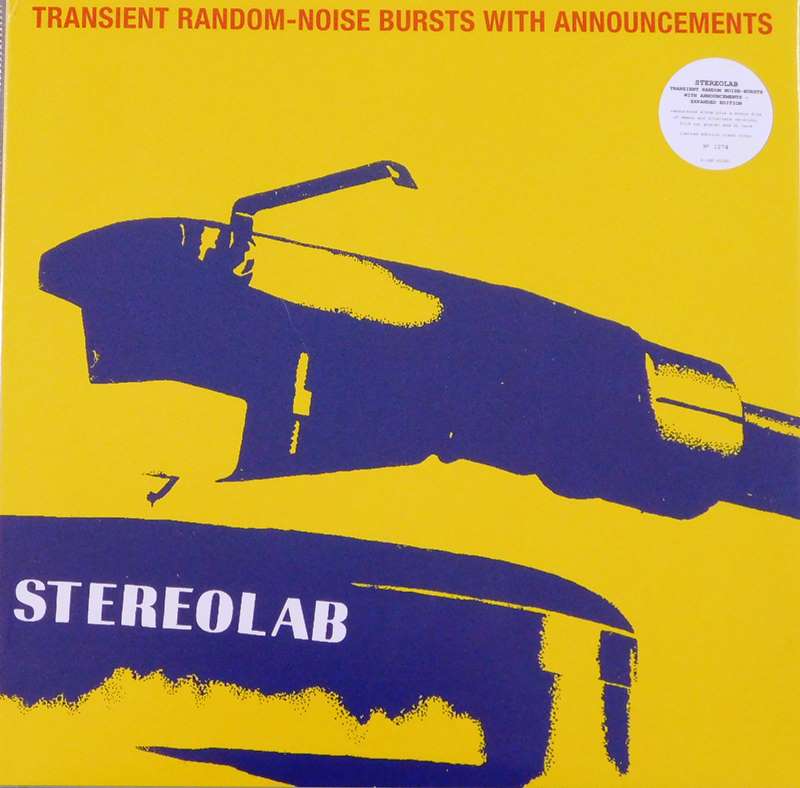 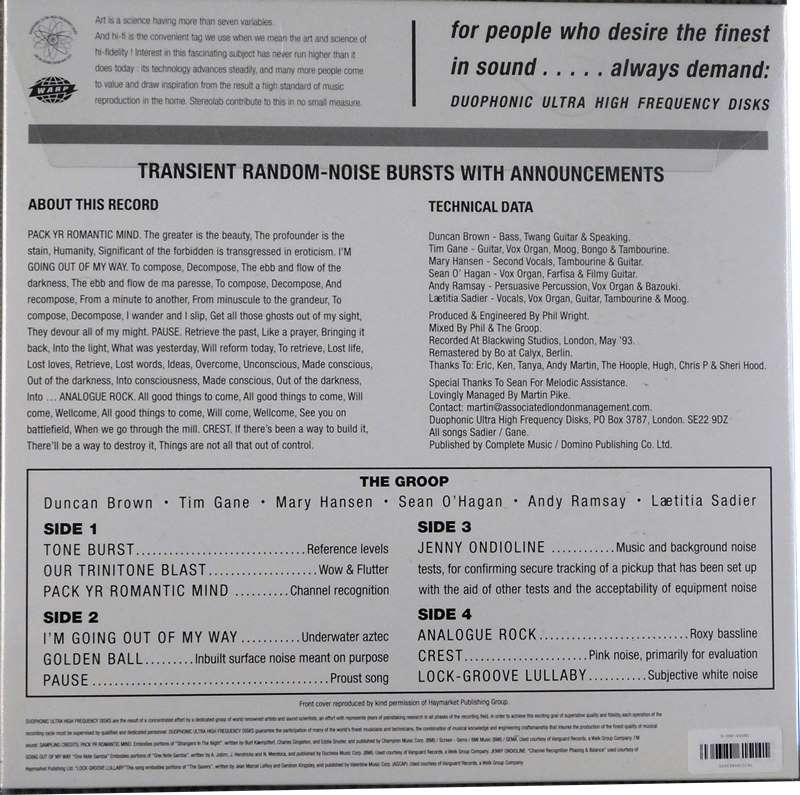 Transient Random-Noise Bursts with Announcements is the second studio album by English-French avant-pop band Stereolab. It was originally released on 24 August 1993 in the United Kingdom by Duophonic Records and in the United States by Elektra Records.

The majority of the first 1,500 vinyl copies were destroyed due to bad pressing quality.[9] The third track "Pack Yr Romantic Mind" was re-recorded because the song initially had a George Harrison sample the band was unable to receive permission to use.[9] The end of the last track, "Lock-Groove Lullaby", extends into a lock groove repeating a phrase sampled from Perrey and Kingsley's "The Savers" on their album Kaleidoscopic Vibrations: Spotlight on the Moog.

The LP's sleeve design and liner notes were adapted from a hi-fi test record issued by Hi-Fi Sound magazine in 1969; the record itself is sampled in the track "Jenny Ondioline".