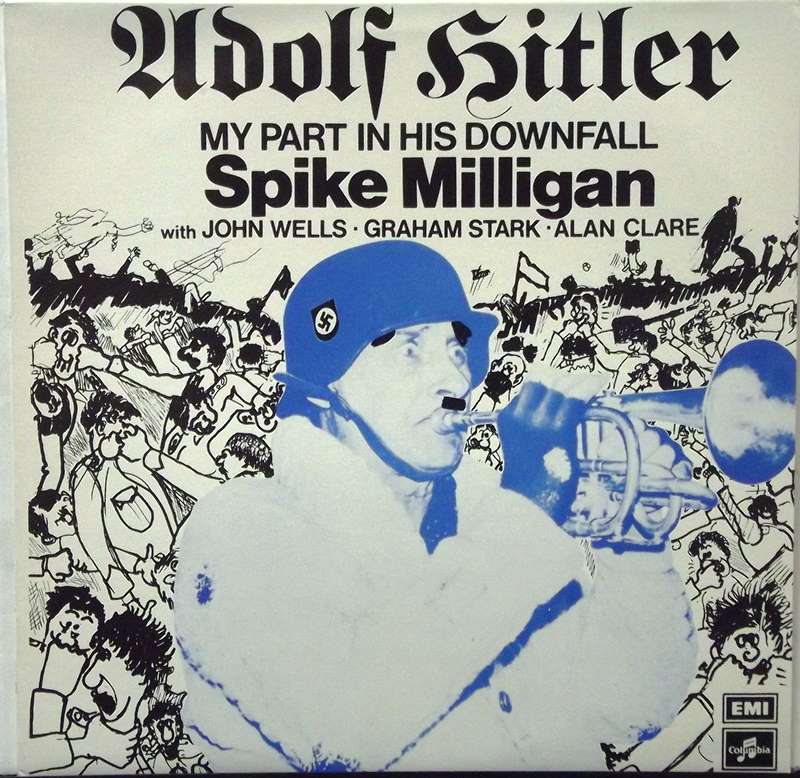 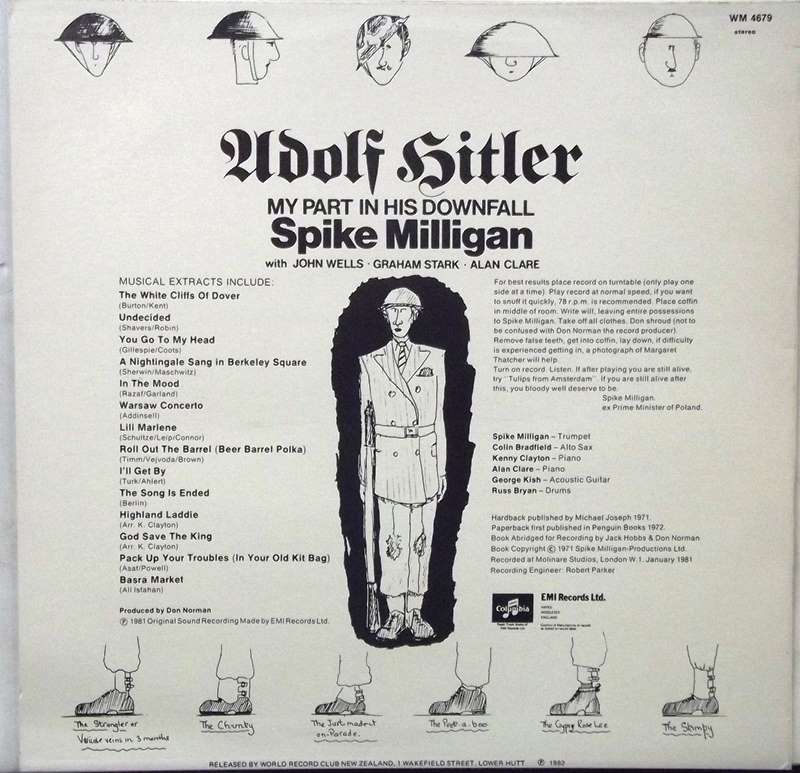 Adolf Hitler - My Part In His Downfall

Terence Alan Milligan  (16 April 1918 – 27 February 2002) was a British-Irish comedian, writer, musician, poet, playwright and actor. The son of an Irish father and an English mother, his early life was spent in India where he was born. The majority of his working life was spent in the United Kingdom. He disliked his first name, and began to call himself "Spike" after hearing a band on Radio Luxembourg called Spike Jones and his City Slickers.

Milligan was the co-creator, main writer and a principal cast member of the groundbreaking British radio programme, The Goon Show, performing a range of roles including the popular Eccles and Minnie Bannister characters. Milligan wrote and edited many books, including Puckoon and his seven-volume autobiographical account of his time serving during the Second World War, beginning with Adolf Hitler: My Part in His Downfall. He is also noted as a popular writer of comical verse; much of his poetry was written for children, including Silly Verse for Kids (1959). After success with The Goon Show, Milligan translated this success to television with Q5 which was a surreal sketch show which is credited as a major influence on the members of Monty Python's Flying Circus. He was the earliest-born, longest-lived and last surviving member of the Goons.

When the Commonwealth Immigrants Act removed Indian-born Milligan's automatic right to British citizenship in 1962, he became an Irish citizen, exercising a right conferred through his Irish-born father.