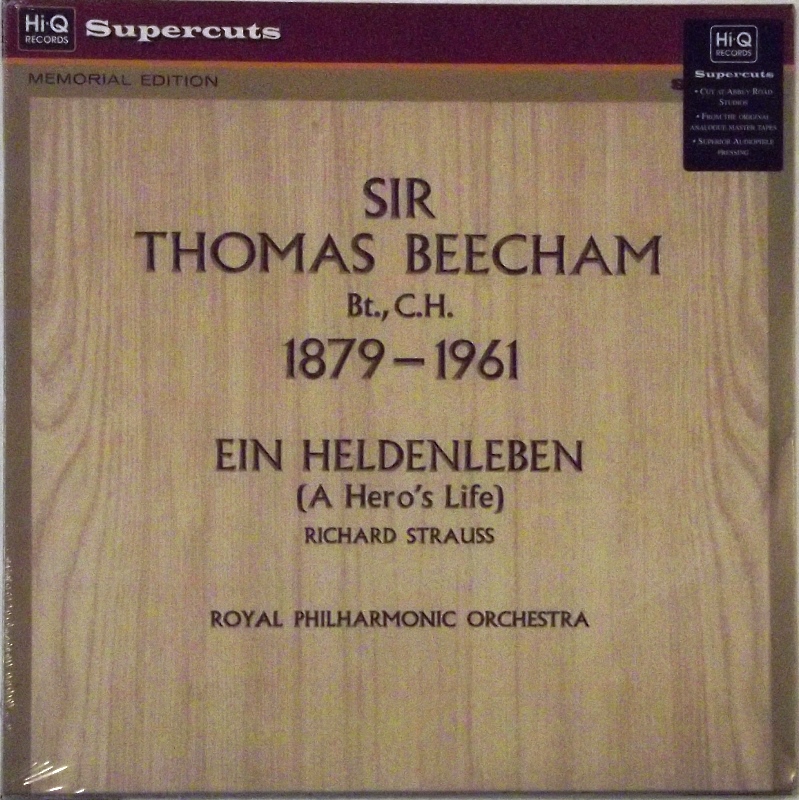 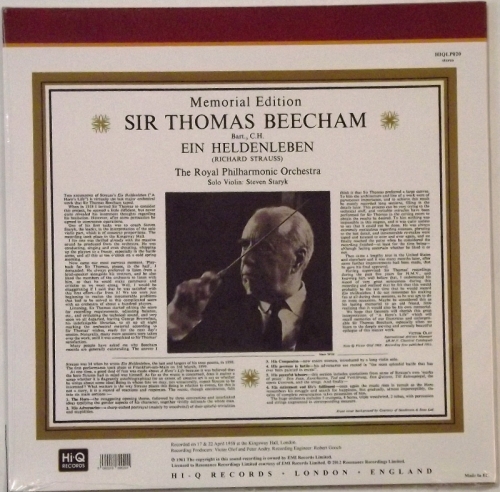 Sir Thomas Beecham as a conductor was largely self-taught. Born into a rich industrial family, he was able to access funds to nurture his musical talent and later found and sustain orchestras, like the London Philharmonic and the Royal Philharmonic, featured here in this famous recording of Strauss's last and largest tone poem. His flamboyant style and acerbic wit often created enemies amongst his peers (Boult found him 'repulsive' and Barbirolli mistrusted him) and admirers amongst contemporary composers, such as Strauss, Stravinsky and Sibelius, who sent telegrams for Beecham's 70th birthday celebrations only for Beecham to quip "Nothing from Mozart?".

Recorded on April 17 & 22, 1958 at the Kingsway Hall, London. Produced by the legendary Victor Olof and Peter Andry and Engineered by Robert Gooch. As Olof writes on the sleeve: "This recording... is virtually the last major orchestral work that Sir Thomas Beecham taped... I do not remember his making fun at all during these sessions, as he was apt to do on most occasions. Maybe he considered this as his lasting memorial to an old friend, little realizing that it would also be his own memorial..."

In the original 1961 review Edward Greenfield of the GRAMOPHONE wrote:
"No more fitting tribute to Beecham's memory could be imagined than this... Beecham finds greater richness, a more truly forceful heroism than any other conductor I know... on almost every page Beecham finds special felicities - the sensuousness of the harp glissandi in the love music that never deteriorates into sentimentality, the climax at figure 37 when the horns burst out and Beecham so much more effectively than anyone else lets them be heard through the complex web of the scoring..."