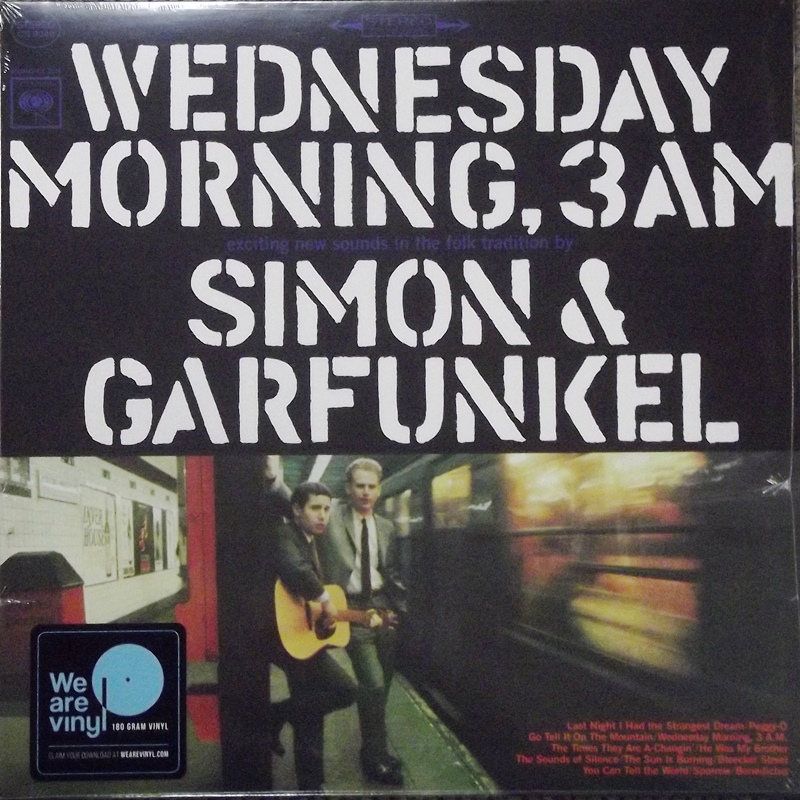 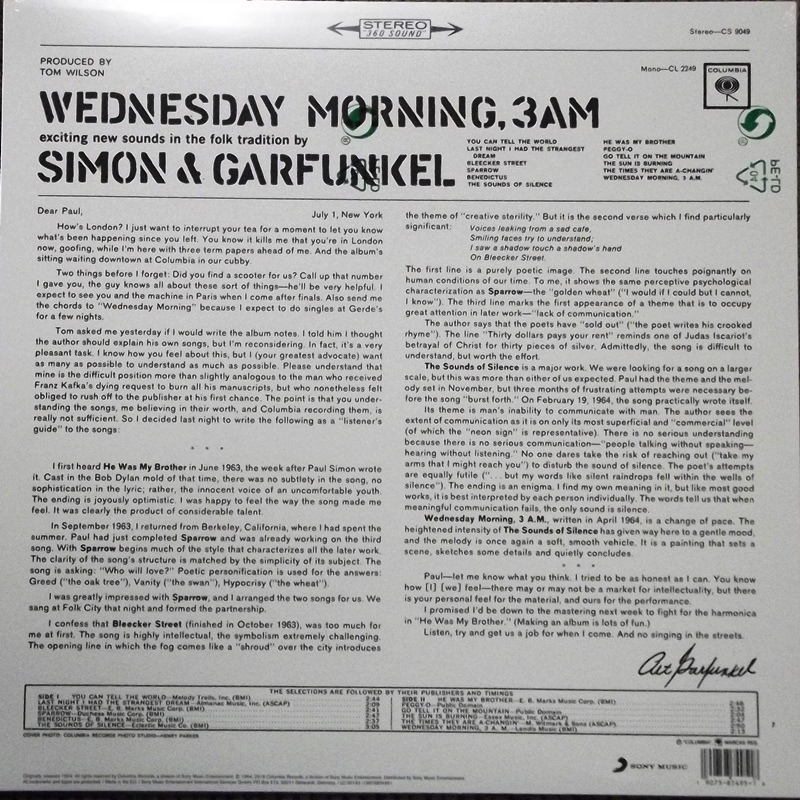 Wednesday Morning, 3 A.M. is the debut studio album by American folk rock duo Simon & Garfunkel. Following their early gig as "Tom and Jerry", Columbia Records signed the two in late 1963. It was produced by Tom Wilson and engineered by Roy Halee. The cover and the label include the subtitle exciting new sounds in the folk tradition. Recorded in March 1964, the album was released on October 19.

The album was initially unsuccessful, so Paul Simon moved to London, England, and Art Garfunkel continued his studies at Columbia University in their native New York City, before reuniting in late 1965. Wednesday Morning, 3 A.M. was re-released in January 1966 (to capitalize on their newly found radio success because of the overdubbing of the song "The Sound of Silence" in June 1965, adding electric guitars, bass guitar and a drum kit), and reached #30 on the Billboard 200. It was belatedly released in the UK two years later (in 1968) in both mono and stereo formats.

The song "He Was My Brother" was dedicated to Andrew Goodman, who was their friend and a classmate of Simon at Queens College.  Andrew Goodman volunteered in Freedom Summer during 1964 and was abducted and killed in the murders of Chaney, Goodman, and Schwerner.

The album is included in its entirety as part of the Simon & Garfunkel box sets Collected Works and The Columbia Studio Recordings (1964–1970).