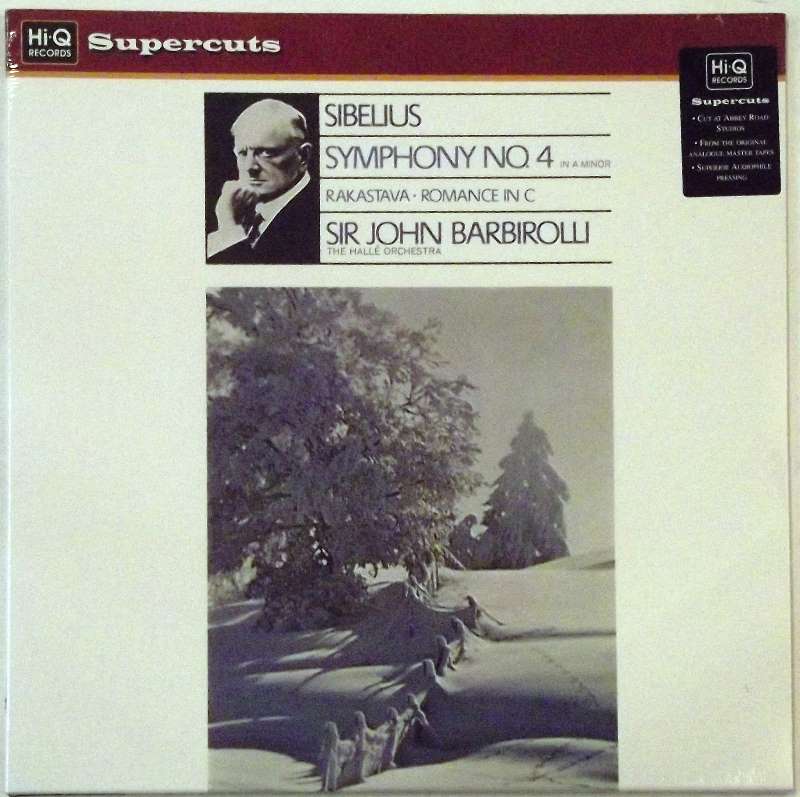 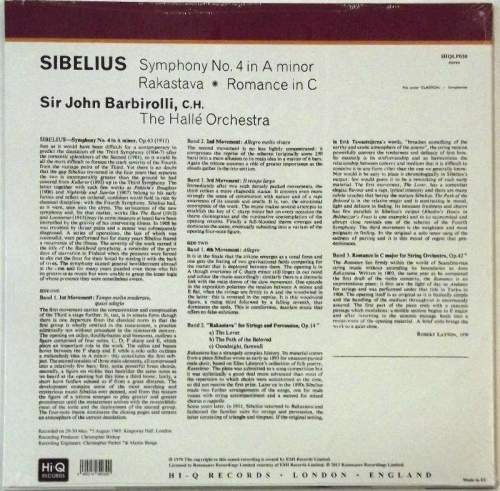 Symphony No. 4 In A Minor / Rastakava / Romance In C

Although a conductor of international standing, succeeding Toscanini as music director of the New York Philharmonic from 1936-43, and having conducted many major orchestras like the Vienna Philarmonic and Berlin Philharmonic, he is remembered above all as conductor of the Halle Orchestra in Manchester, which he helped save from dissolution in 1943 and conducted for the rest of his life. Noted for his interpretations of Sibelius, Barbirolli and the Halle recorded all the Sibelius symphonies for EMI and these recordings were made just over a year before Barbirolli died.

In the original April 1970 review of the stereo release, Sibelius expert Robert Layton of the GRAMOPHONE was torn between the contemporaneous Maazel version on Decca and the Barbirolli:

...Sir John views the symphony as a whole as predominantly bleak with dark, shifting colourings whereas Maazel's conception is icy, unremitting and very powerful. Sir John's is the more complex and in some ways more interesting view and he has the advantage of quite superlative recorded sound. In fact this is one of the most vivid and full bodied recordings I have heard from this source and is richer in tone than its Decca rival... this new version can confidently be recommended alongside the Maazel and granted the odd reservation, my own preference is for this splendidly recorded newcomer.