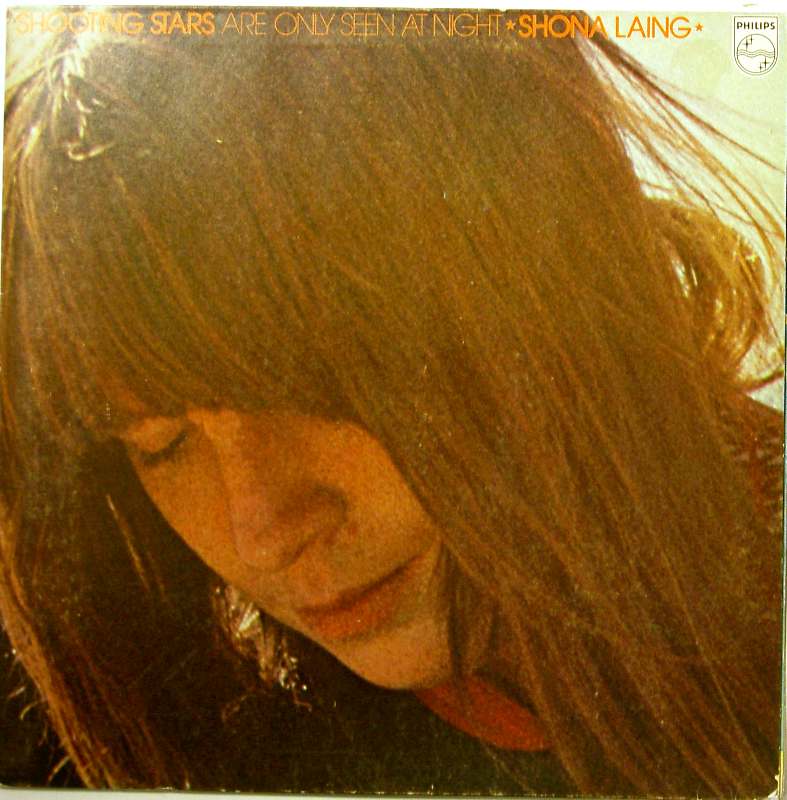 Shooting Stars Are Only Seen at Night

Shona Laing is an intelligent and hugely talented singer/songwriter who surfaced as a result of extensive television exposure on the show New Faces in 1972 with her song '1905'.

While still a teenager she collected a gold disc, and picked up two New Zealand Music Awards (RATA Award) for 'Best New Artist' and 'Recording Artist Of The Year'.

More success followed and she was awarded two gold discs for the songs '1905' and 'Show Your Love'. Late in 1973 Shona released her first album 'Whispering Afraid' (which was recorded at EMI studios in Wellington over a period of months to fit around her school work!). A third New Zealand Music RATA Award for Top Female Vocal Performer came her way in 1974 and she also released her second album, the Australian produced 'Shooting Stars Are Only Seen At Night'.