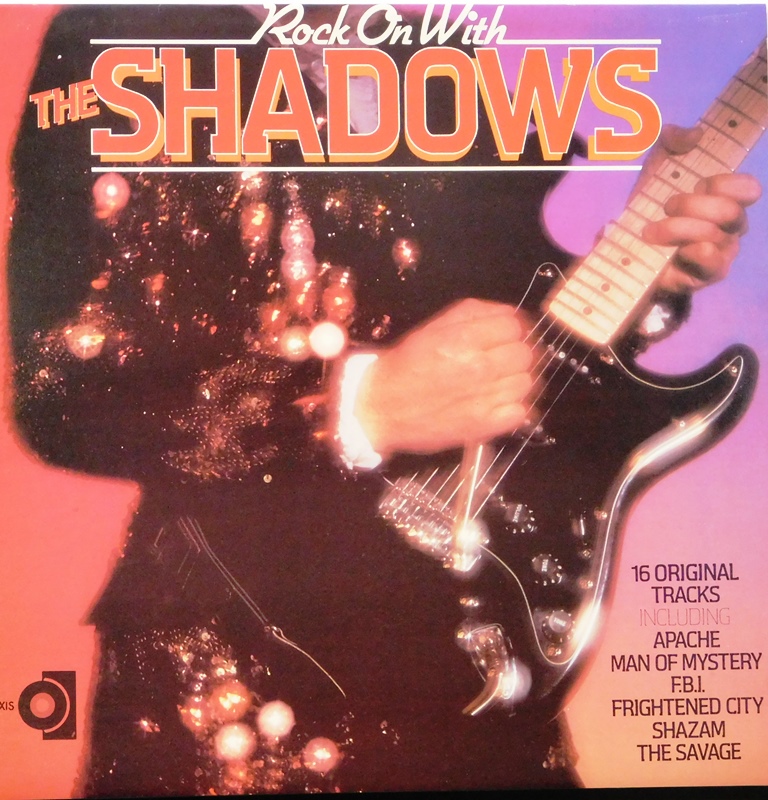 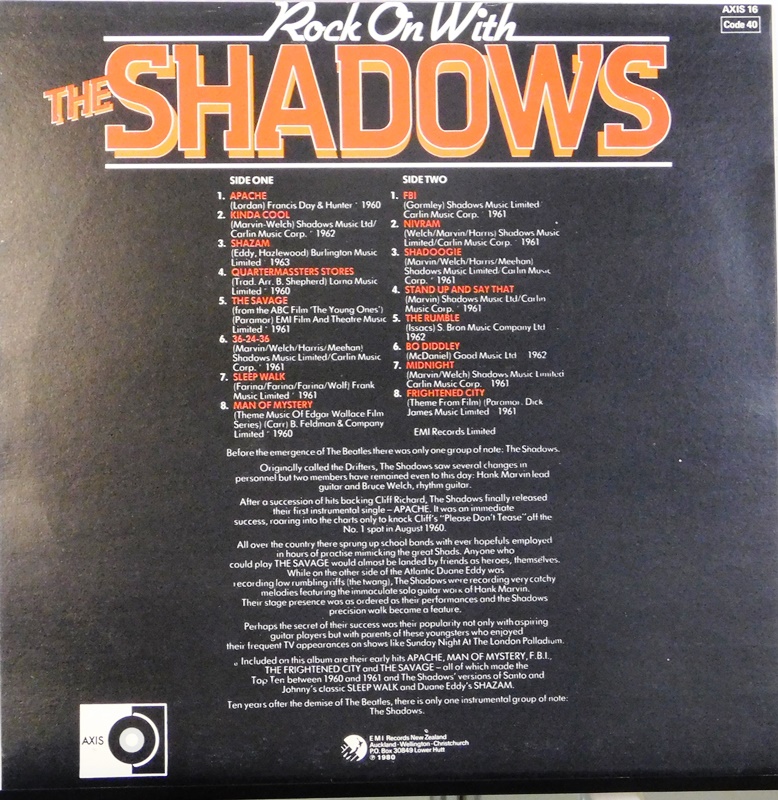 Rock On With The Shadows

Stunning copy both vinyl and cover.

The Shadows (originally known as the Drifters) were an English instrumental rock group. They were Cliff Richard's backing band from 1958 to 1968 and on numerous reunion tours. The Shadows have placed 69 UK charted singles from the 1950s to the 2000s, 35 credited to the Shadows and 34 to Cliff Richard and the Shadows. The group, who were in the forefront of the UK beat-group boom,[1] were the first backing band to emerge as stars. As pioneers of the four-member instrumental format, the band consisted of lead guitar, rhythm guitar, bass guitar and drums. Their range covers pop, rock, surf rock and ballads with a jazz influence.[2]

The core members from 1958 to 2015 were Hank Marvin and Bruce Welch. Along with the  Fender guitar, another cornerstone of the Shadows sound was the Vox amplifier. The Shadows, with Cliff Richard, dominated British popular music in the late 1950s and early 1960s in the years before the Beatles. The Shadows' number one hits included "Apache", "Kon-Tiki", "Wonderful Land", "Foot Tapper" and "Dance On!". They disbanded in 1968, but reunited in the 1970s for further commercial success.