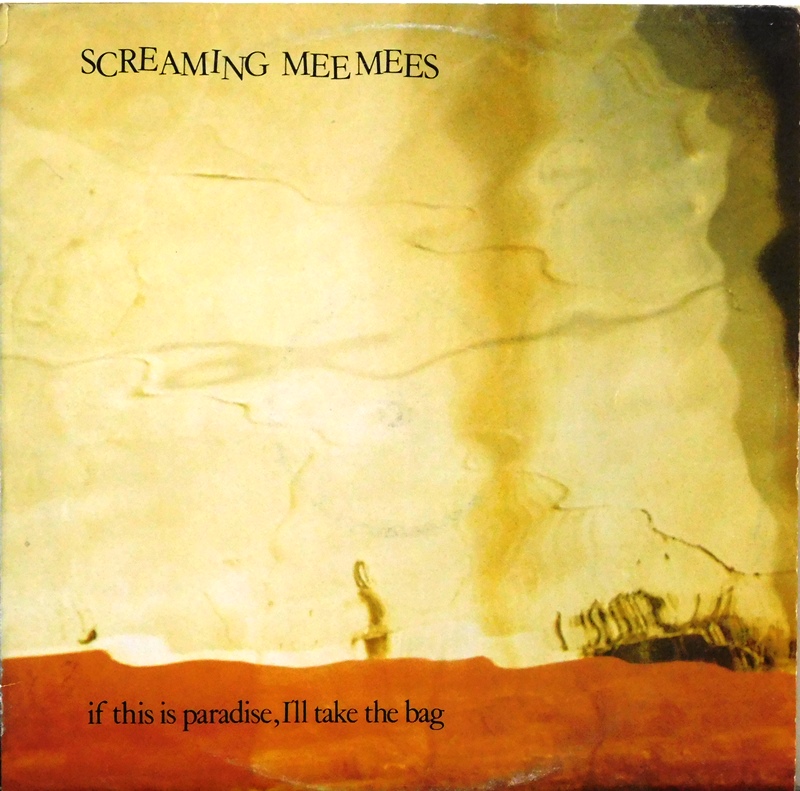 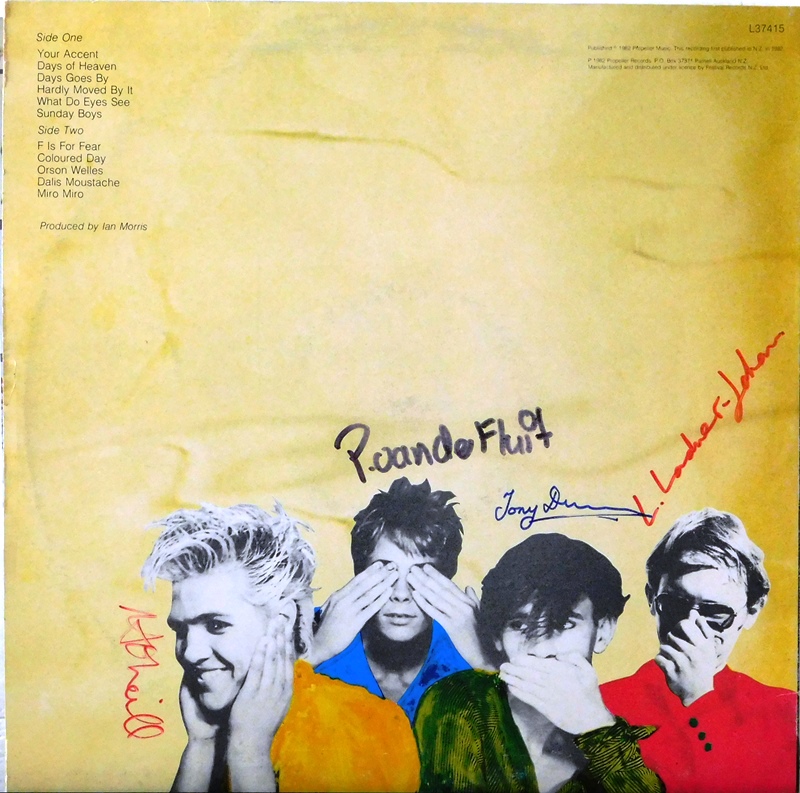 If This Is Paradise, I'll Take The Bag (Signed)

Very smart clean vinyl, insert and cover which is signed by the band on the rear.

Existing from 1980 to 1982, the Screaming Meemees were probably New Zealand's biggest pop band of the post-punk and new wave era. The quartet of Tony Drumm, Yoh, Peter van der Fluit, and Michael O'Neill initially dealt in the three-chord power pop derivative of the Buzzcocks.The debut single, "Can't Take it," on Ripper, is the sole document of this period of the band. The follow-up EP, See Me Go, was released in a limited 12" edition, and "Sunday Boys" was also a hit single. If This Is Paradise, I'll take the Bag was recorded in 1981 with producer Ian Morris and boasted a eclectic range of influences in the mix of power pop, electro, dub, and funk -- styles not usually associated with New Zealand rock sound. Their work for the album brought the Screaming Meemees closer to what U.K. groups A Certain Ratio and Rip Rig and Panic were up to. "Stars in My Eyes" was the last single the group released, which came out as a 12" EP with extended versions. The Screaming Meemees were as essential to the history of New Zealand rock as Split Enz and Blam Blam Blam. Their sole album is well-worth seeking out for fans of post-punk.