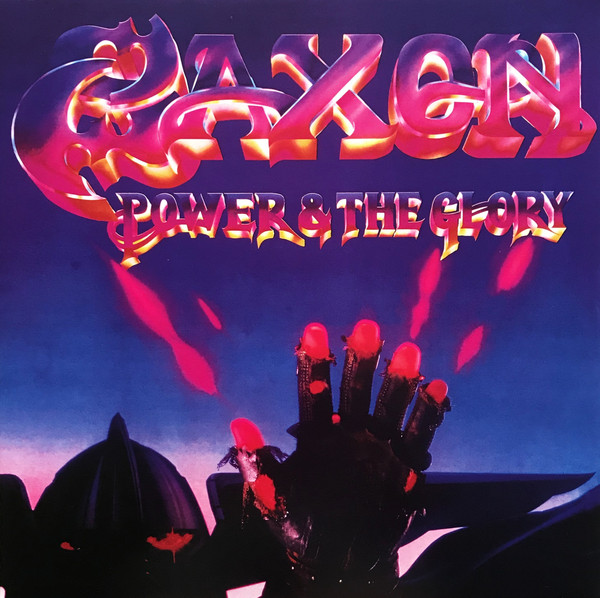 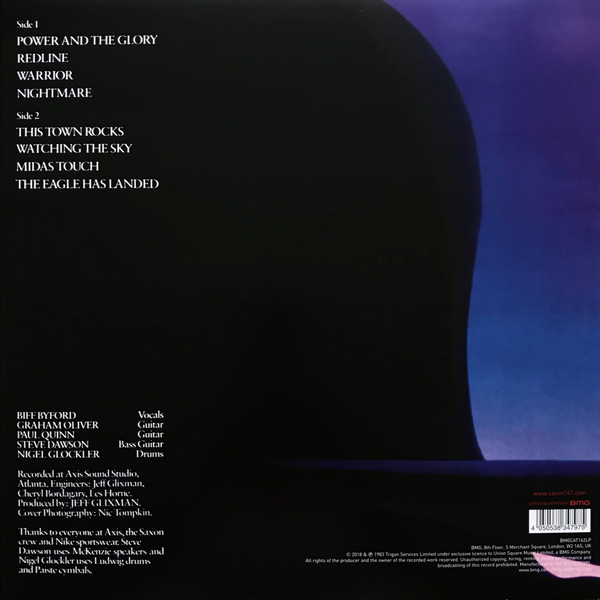 Power and the glory (Swerl Vinyl)

Power & the Glory is the fifth studio album by heavy metal band Saxon released in 1983. This is the first Saxon studio album with new drummer Nigel Glockler and was recorded in Atlanta, Georgia in the fall of 1982.

The album peaked at #15 in the UK Albums Chart.[3][4] It reached No.1 in the Metal charts in Sweden, Norway, France and Germany selling over 1.5 million copies worldwide.[citation needed] It was their first album to enter the Billboard 200 in the US, peaking at #155.[5]

A retrospective AllMusic review by Eduardo Rivadavia gave the album three out of five stars. Rivadavia criticised the mixing, saying that the album "sounds as though it was recorded in a tin can, albeit a very, very large tin can" eliminating the "big, in-your-face, and gritty" sound heard on the band's past albums. He also criticised the material itself, saying that "despite a few sparks generated by "Redline," "Warrior," and the proto-thrashing "This Town Rocks," only the anthemic title track ultimately showed enough staying power (and glory) to earn a frequent slot in Saxon's live repertoire".[1] Canadian journalist Martin Popoff writes quite the opposite and considers Power & the Glory Saxon's best album, praising the production and the contribution of "new ass-kicking drummer Nigel Glockler" to "working a metal magic that is the embodiment of the NWOBHM's ideals now made real."[2]