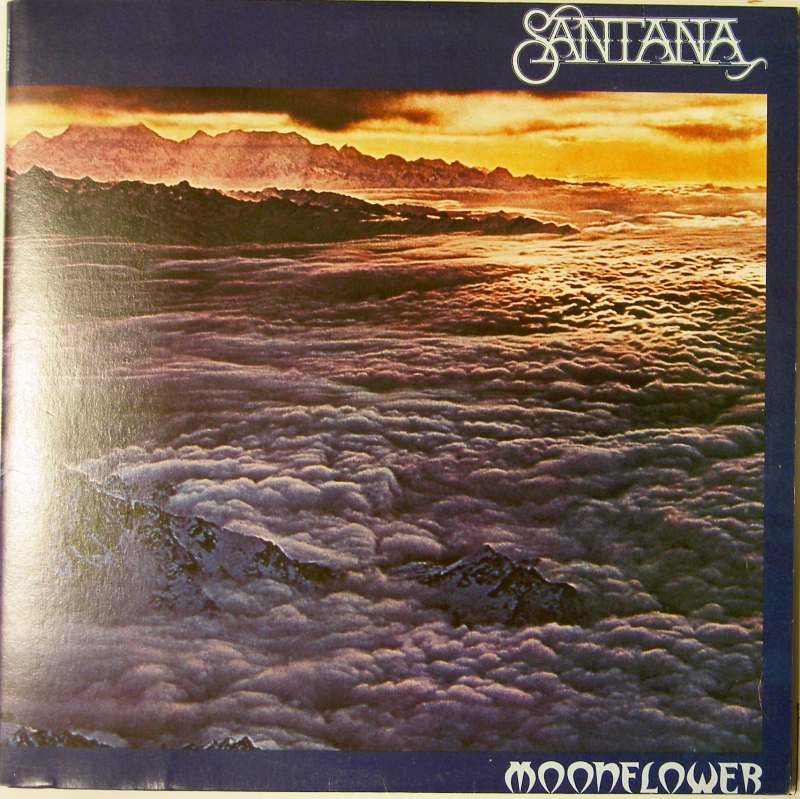 Moonflower is a studio and live double album by Santana, released in 1977. The recording features both studio and live tracks, which are interspersed with one another throughout the album. It is perhaps the group's most popular live album, because Lotus did not receive a U.S. domestic release until the early 1990s. It displays a mix between the fusion of Latin and blues-rock styles of the late 1960s and early 1970s, and the much more experimental and spiritual jazz fusion sound that characterized the band's mid-1970s work. The live material was recorded during the supporting tour for the Festival album, which displayed a similar mix of styles, and many of the album's songs are featured here – namely, the three song medley which opens Festival.

A cover version of the Zombies' mid-1960s hit song "She's Not There" was released as a single and peaked at #27. The song was the first Santana recording to hit the Top 40 of the Billboard charts since "No One to Depend On" reached #36 in 1972. The album reached #10 on the Billboard charts and was eventually certified platinum, neither of which occurred again until the star-studded Supernatural in 1999.