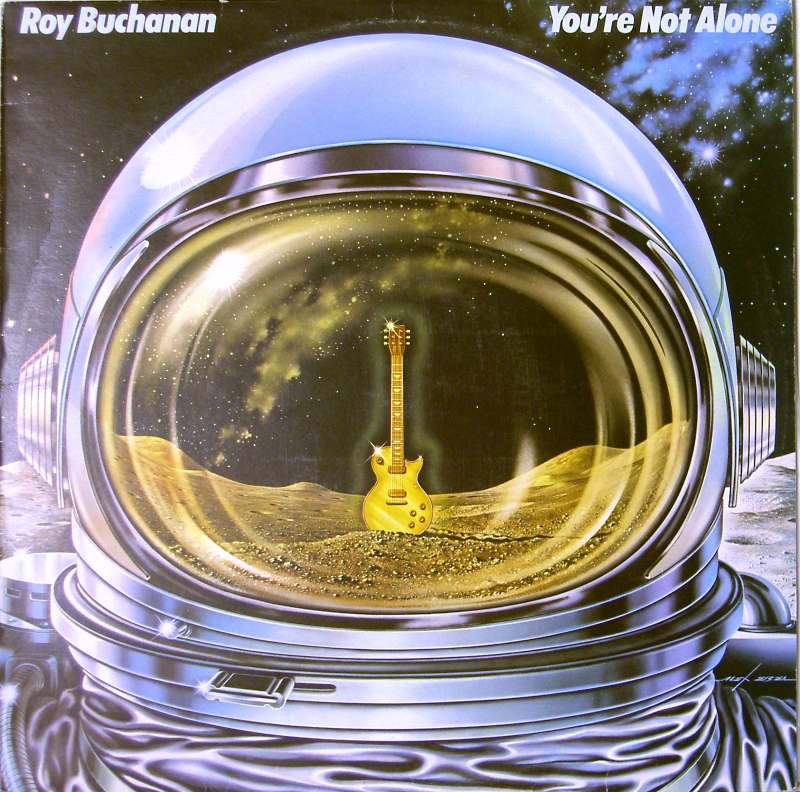 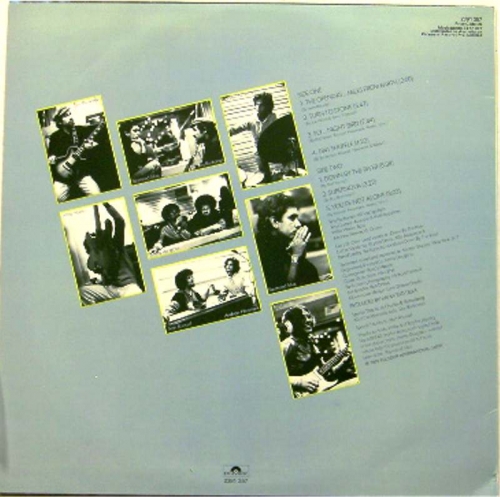 While not exactly a 180-degree rotation from the thoroughly enjoyable funk-fest on A Street Called Straight (1976), Roy Buchanan's subsequent album, You're Not Alone (1978), is an exceedingly more polished affair with a completely new cast of studio musicians. The instrumental space-themed effort may have worked well in the midst of the undue hype that Star Wars and Close Encounters of the Third Kind were glutting the media with. That said, modern listeners may find the concept trite and at times, downright boring. It is against that backdrop that Buchanan's typically aggressive fretwork is somewhat incongruously juxtaposed. This certainly doesn't discount the drive and passion of his fiery solos, or his profound ability to carve out poignant textures with undeniable heart and unquestionable precision. An apt example is the extended and subdued "Fly...Night Bird." Behind the rote and otherwise perfunctory support, the guitarist soars, swoops, and glides with the nobility of an eagle and the grace of a swan. The cover of Joe Walsh's "Turn to Stone" fares an even more precarious fate, as the compelling and scathing electric opening drifts into a laid-back smooth jazz vibe, which is resolved by a rather milquetoast mid-tempo rhythm over which Buchanan arranges his shredding and soulful leads. Gary St. Clair (vocals) is featured on the adeptly executed rendering of Neil Young's "Down by the River." It pales in comparison to the versions from Live in Japan (2003), or the seminal Buck & the Snake Stretchers (1971). Even the high energy and open-throttled rocker, "Supernova," seems to lack the grit and authenticity needed to take the tune from its over-produced state to a suitable vehicle for Buchanan's unmitigated talents. Ardent enthusiasts may find You're Not Alone more appealing than the average listener. However, the general consensus is that there are infinitely more valid examples available of the guitarists' arguably unmatched prowess.