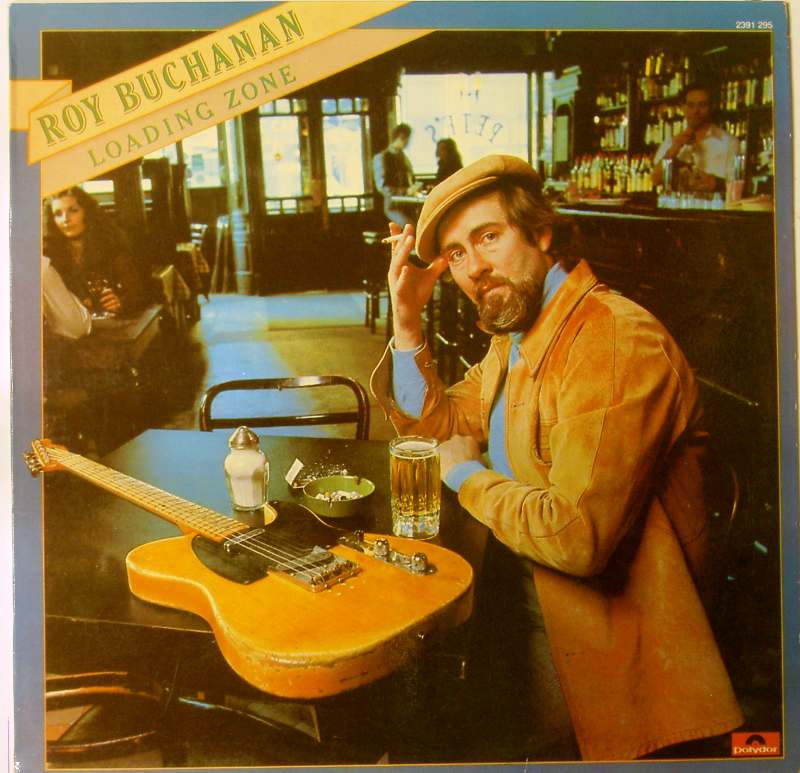 Roy Buchanan (September 23, 1939 – August 14, 1988) was an American guitarist and blues musician. A pioneer of the Telecaster sound,[1] Buchanan worked as both a sideman and solo artist, with two gold albums early in his career,[2] and two later solo albums that made it on to the Billboard chart. Despite never having achieved stardom, he is still considered a highly influential guitar player.[3] Guitar Player praised him as having one of the "50 Greatest Tones of all Time."[1] He appeared on the PBS music program Austin City Limits in 1977 during Season 2.

Leroy Buchanan was born in Ozark, Arkansas, and was raised there and in Pixley, California, a farming area near Bakersfield. His father was a sharecropper in Arkansas and a farm laborer in California.[4] Buchanan told interviewers that his father was also a Pentecostal preacher, a note repeated in Guitar Player magazine but disputed by his older brother J.D.[4][5] Buchanan told how his first musical memories were of racially mixed revival meetings he attended with his mother Minnie. "Gospel," he recalled, "that's how I first got into black music." He in fact drew upon many disparate influences while learning to play his instrument (though he later claimed his aptitude derived from being "half-wolf"). He initially showed talent on steel guitar before switching to guitar in the early 50s, and started his professional career at age 15, in Johnny Otis's rhythm and blues revue.[3]

In 1958, Buchanan made his recording debut with Dale Hawkins, including playing the solo on "My Babe" for Chicago's Chess Records.[4] Two years later, during a tour through Toronto, Buchanan left Dale Hawkins to play for his cousin Ronnie Hawkins and tutor Ronnie's guitar player, Robbie Robertson. Buchanan plays bass on the Ronnie Hawkins single, "Who Do You Love?"[citation needed]. Buchanan soon returned to the U.S. and Ronnie Hawkins' group later gained fame as The Band.[6]

In the early 1960s, Buchanan performed numerous gigs as a sideman with various rock bands, and played guitar in a number of sessions with Freddy Cannon, Merle Kilgore and others. At the end of the 1960s, with a growing family, Buchanan left the music industry for a while to learn a trade and trained as a hairdresser (barber).[4] In the early '70s, Roy Buchanan performed extensively in the Washington D.C.-Maryland-Virginia area with the Danny Denver Band, which had a large following in the area.[citation needed] He was widely appreciated as a solo act in the DC area at this time.