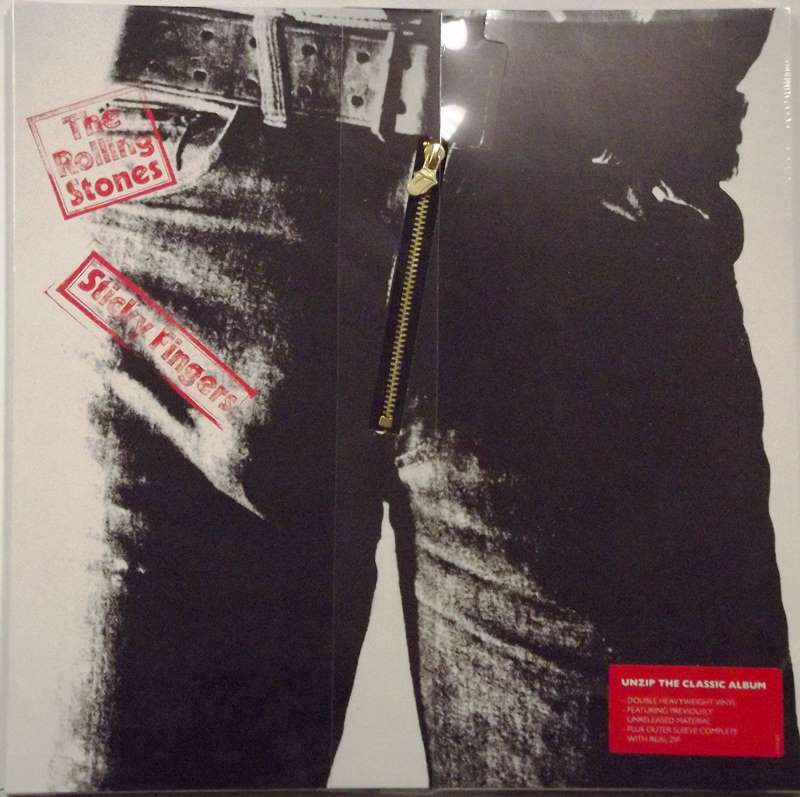 Sticky Fingers is the ninth British and eleventh American studio album by the English rock band The Rolling Stones, released in April 1971. It is the band's first album of the 1970s and its first release on the band's newly formed label, Rolling Stones Records, after having been contracted since 1963 with Decca Records in the UK and London Records in the US. It is also Mick Taylor's first full-length appearance on a Rolling Stones album, the first Rolling Stones album not to feature any contributions from guitarist and founder Brian Jones and the first one on which singer Mick Jagger is credited with playing guitar.

Sticky Fingers is widely regarded as one of the Rolling Stones' best albums. It achieved triple platinum certification in the US and contains songs such as the chart-topping "Brown Sugar", the country ballad[3][4] "Wild Horses", the Latin-inspired "Can't You Hear Me Knocking", and the sweeping ballad "Moonlight Mile".

With the end of their Decca/London association at hand, The Rolling Stones would finally be free to release their albums (cover art and all) as they pleased. However, their departing manager Allen Klein dealt the group a major blow when they discovered that they had inadvertently signed over their entire 1960s copyrights to Klein and his company ABKCO, which is how all of their material from 1963's "Come On" to Get Yer Ya-Ya's Out! The Rolling Stones in Concert has since come to be released by ABKCO Records. The band would remain incensed with Klein for decades over the act.

When Decca informed The Rolling Stones that they were owed one more single, they cheekily submitted a track called "Cocksucker Blues",[5] which was guaranteed to be refused. Instead, Decca released the two-year-old Beggars Banquet track "Street Fighting Man" while Klein would have dual copyright ownership, with The Rolling Stones, of "Brown Sugar" and "Wild Horses".