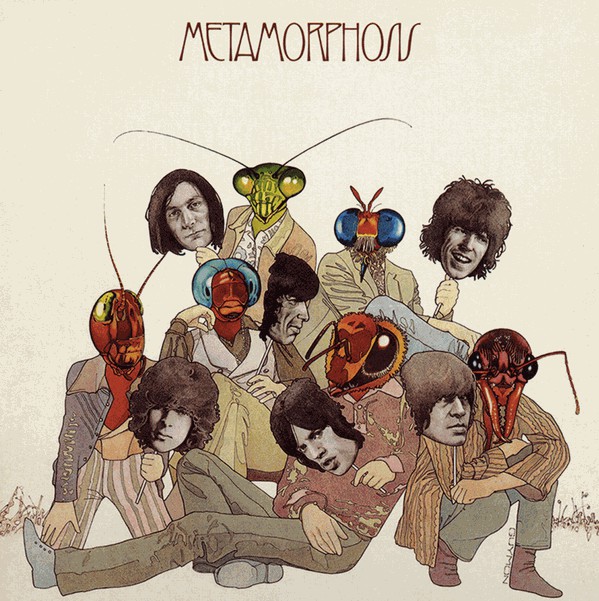 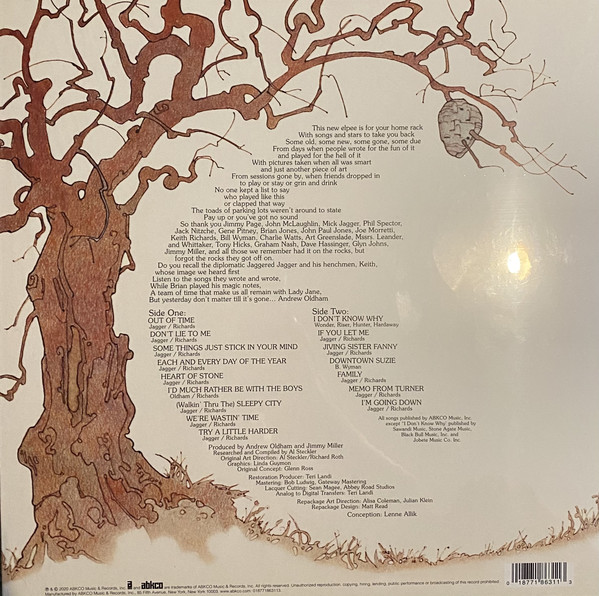 Metamorphosis is the third compilation album of the Rolling Stones music released by former manager Allen Klein's ABKCO Records (who usurped control of the band's Decca/London material in 1970) after the band's departure from Decca and Klein. Released in 1975, Metamorphosis centres on outtakes and alternate versions of well-known songs recorded from 1964 to 1970.

After the release of Hot Rocks 1964–1971 in 1971, an album titled Necrophilia was compiled for release as the follow-up, with the aid of Andrew Loog Oldham, featuring many previously unreleased (or, more accurately, discarded) outtakes from the Rolling Stones' Decca/London period. While that project failed to materialise—with More Hot Rocks (Big Hits & Fazed Cookies) being released in its place—most of the unreleased songs were held over for a future project. In February 1974, to give it an air of authority, Bill Wyman involved himself in compiling an album he entitled Black Box. However, Allen Klein wanted more Mick Jagger/Keith Richards songs in the project for monetary reasons, and Wyman's version remained unreleased. Wyman's original picks for the record were: "Bright Lights Big City"/"Cops and Robbers"/"I'd Much Rather Be With the Boys"/"Little Red Rooster" (Live)/"Down The Road Apiece" (Live)/"Don't Lie to Me"/"If You Let Me"/"Godzi"/"Panama Powder Room"/"Gold Painted Nails"/"Fannie Mae"/"Down in the Bottom". Metamorphosis was issued in its place.

Most tracks that appear on side one of the vinyl album are demos, written by Jagger and Richards for other artists to perform. They were mostly recorded with session musicians like Big Jim Sullivan on guitar, Clem Cattini on drums, and Jimmy Page on guitar, and were not intended for release by the Rolling Stones. Indeed, on most of these tracks the only Rolling Stones member who appears is Jagger. While "Out of Time" and "Heart of Stone" were already well known, they appear here in drastically different renditions, with session players providing the backing. Side two includes unreleased band recordings created up until the Sticky Fingers sessions of 1970. Some people found that the song "I'd Much Rather Be With the Boys" had a homosexual subtext,[7] so The Toggery Five version changed the lyric to "I'd rather be out with the boys."

Released in June 1975, Metamorphosis came out the same day as the band's authorised hits collection Made in the Shade and was also seen to be cashing in on The Rolling Stones' summer Tour of the Americas. While the critical reception was lukewarm—many felt some of the songs were best left unreleased— Metamorphosis still managed to reach No. 8 in the US, though it only made No. 45 in the UK. Two singles, "Out of Time" (featuring Jagger singing over the same backing track used for Chris Farlowe's 1966 version) and a cover of Stevie Wonder's "I Don't Know Why" briefly made the singles charts.

Upon its initial release, Metamorphosis was released with 16 songs in the UK, while the American edition had only 14—omitting tracks "Some Things Just Stick in Your Mind" and "We're Wastin' Time".

The album's cover art alludes to Franz Kafka's The Metamorphosis.