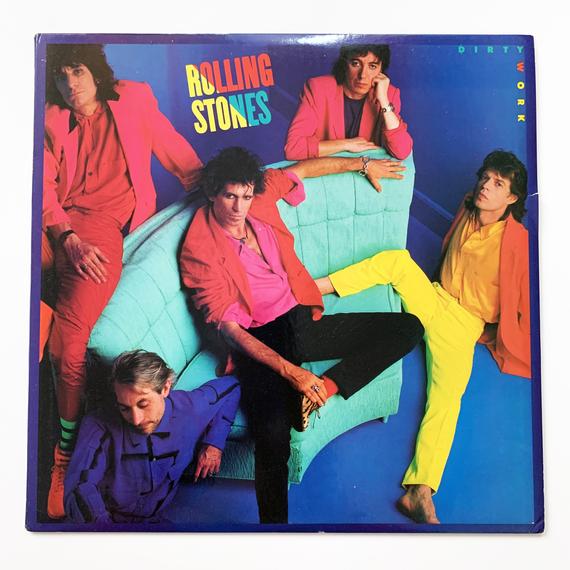 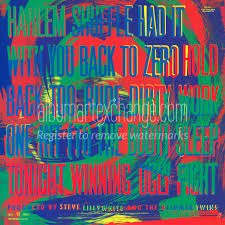 Dirty Work is the 18th British and 20th American studio album by the English rock band the Rolling Stones. It was released on 24 March 1986 on the Rolling Stones label by CBS Records, their first under their new contract with Columbia Records. Produced by Steve Lillywhite, the album was recorded during a period when relations between Mick Jagger and Keith Richards had soured considerably, according to Richards' autobiography Life.[3][4]

The album was recorded during a time of turmoil for the band, as its two principal songwriters, Richards and Jagger, had been feuding over the band's direction during most of the 1980s. Almost all of the band members had spent the previous few years working on solo albums or side projects. Some band members, including guitarist Ronnie Wood, drummer Charlie Watts and bassist Bill Wyman, were often absent from the studio during recording sessions; it was rare that all five principal members were together at the same time. (It would be the last album to feature former member and frequent piano contributor Ian Stewart, who died shortly before the album's release.) As a result, a large number of guest musicians appeared on the album, including drummers Anton Fig and Steve Jordan (with whom Richards would form the band X-pensive Winos after recording this album), as well as guitarists Jimmy Page and Bobby Womack. Keyboards were played by Ivan Neville and Chuck Leavell, who would remain with the band for decades. Unlike most Stones albums, there was no supporting tour, as the level of animosity among band members prevented them from being able to work together live onstage.

While the album sold well, reaching platinum or gold status in several countries, including the United States, Canada and the UK, and peaking as a top-10-charting album in over a dozen of markets, it was a critical flop, with most critics at the time finding it uneven and uninspired. Journalist Robert Christgau stood almost alone in his contemporary praise of the album, however, later re-assessments and retrospective reviews have generally been kinder. The album spawned two top-40 hits: a cover of Bob & Earl's song "Harlem Shuffle" and one of the songs written with Ronnie Wood, "One Hit (To the Body)".