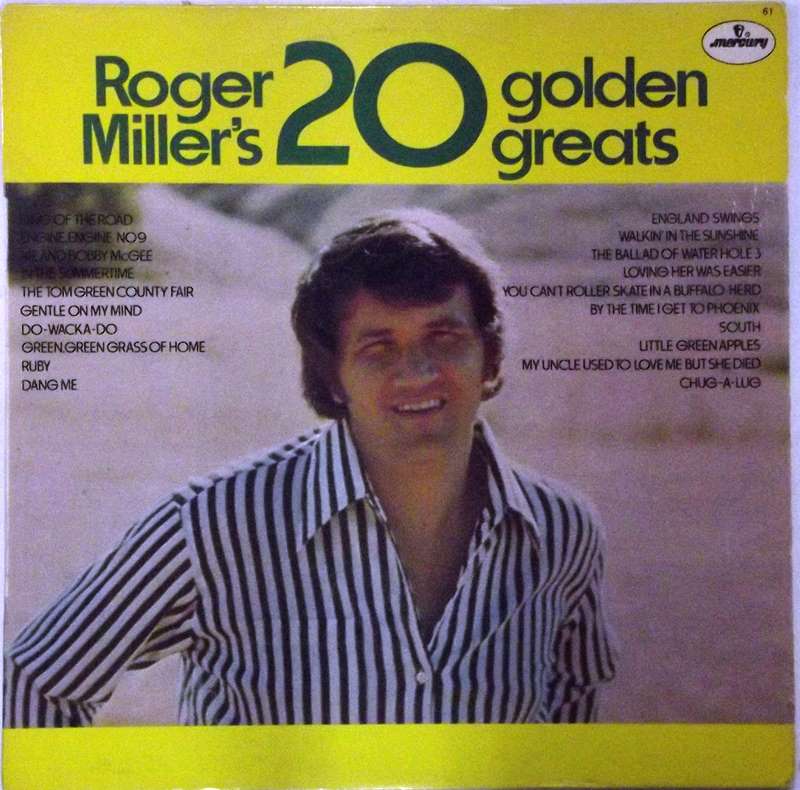 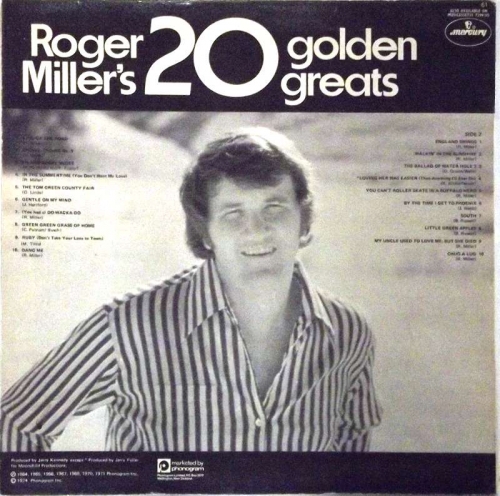 Roger Dean Miller, Sr. (January 2, 1936 – October 25, 1992) was an American singer, songwriter, musician and actor, best known for his honky-tonk-influenced novelty songs. His most recognized tunes included the chart-topping country/pop hits "King of the Road", "Dang Me" and "England Swings", all from the mid-1960s Nashville sound era.

After growing up in Oklahoma and serving in the United States Army, Miller began his musical career as a songwriter in the late 1950s, penning such hits as "Billy Bayou" and "Home" for Jim Reeves and "Invitation to the Blues" for Ray Price. He later began a recording career and reached the peak of his fame in the mid-1960s, continuing to record and tour into the 1990s, charting his final top 20 country hit "Old Friends" with Willie Nelson in 1982. Later in his life, he wrote the music and lyrics for the 1985 Tony-award winning Broadway musical Big River, in which he acted.

Miller died from lung cancer in 1992, and was inducted into the Country Music Hall of Fame three years later. His songs continued to be recorded by younger artists, with covers of "Tall, Tall Trees" by Alan Jackson and "Husbands and Wives" by Brooks & Dunn, each reaching the number one spot on country charts in the 1990s. The Roger Miller Museum in his home town of Erick, Oklahoma, is a tribute to Miller.