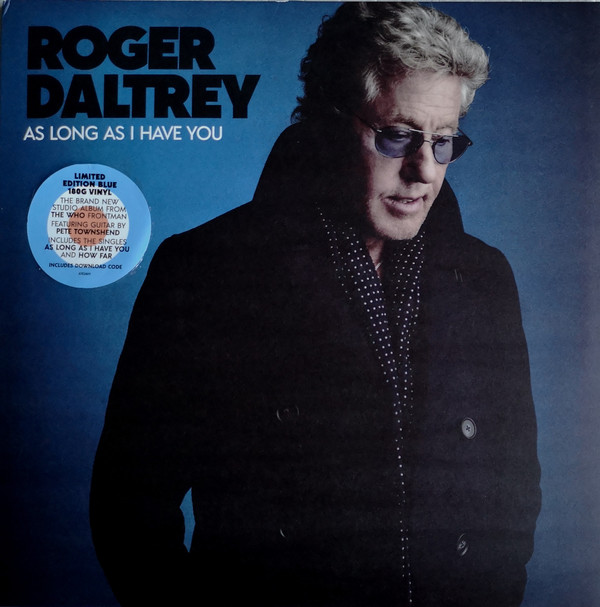 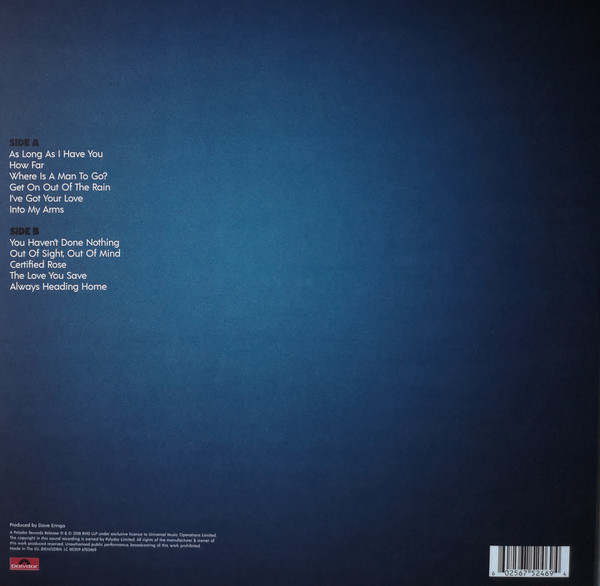 As Long As I Have You (Blue Vinyl)

Work on As Long as I Have You was started shortly after Going Back Home was released in March 2014. Following his seven-month battle with viral meningitis, Daltrey planned on shelving the project until Pete Townshend heard the early mixes and expressed interest in playing rhythm and lead guitar. Recording continued during breaks on The Who's 50th anniversary tour, The Who Hits 50!

As Long as I Have You features Townshend's guitar on seven tracks as well as guest performances from Mick Talbot on keyboards and Sean Genockey on lead guitar.

The album is a mixture of self-penned tracks such as "Certified Rose" and the soulful ballad "Always Heading Home" along with songs that have inspired Daltrey over the years including Nick Cave's "Into My Arms", "You Haven't Done Nothing" by Stevie Wonder, Stephen Stills' "How Far" and the title track originally recorded by Garnet Mimms in 1964, the year that Roger Daltrey, Pete Townshend, John Entwistle and Keith Moon changed their name from The High Numbers and became The Who.