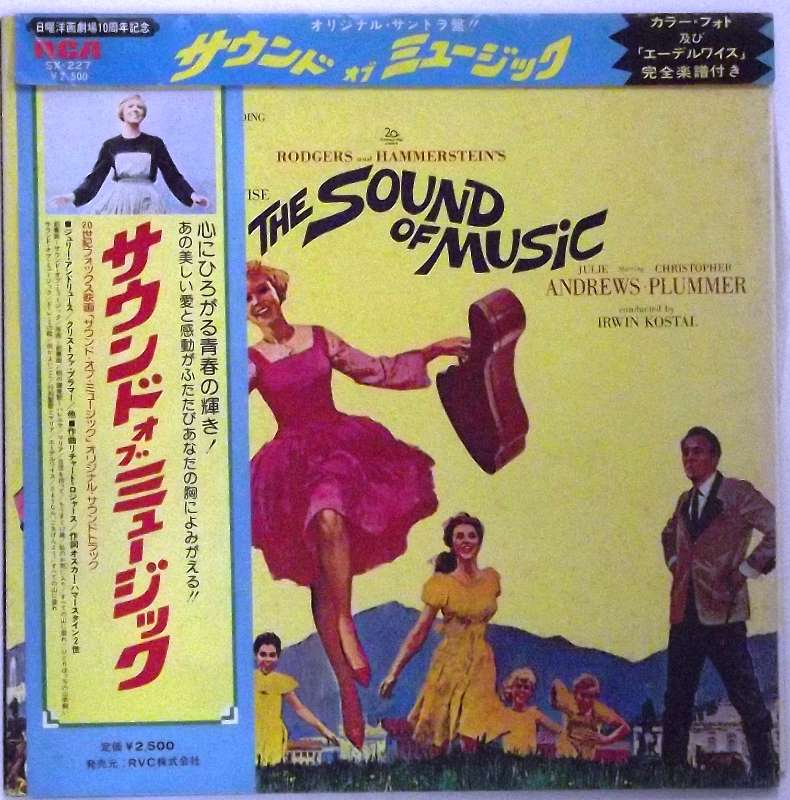 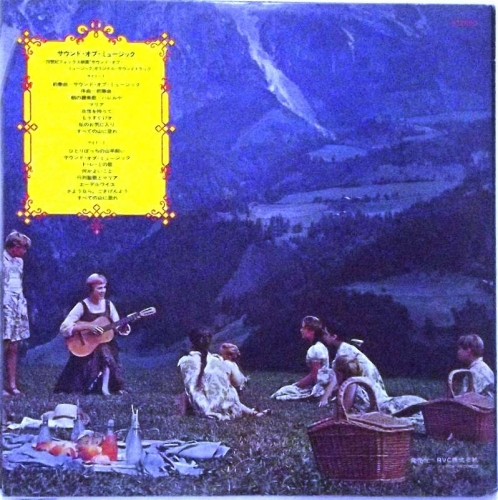 The Sound Of Music (An Original Soundtrack Recording) Japanese Pressing

The soundtrack of the film The Sound of Music was released in 1965. It reached number one in June of that year and spent a total of 70 weeks at the top over several runs.[1] It was the biggest-selling album in the UK during 1965, 1966, and 1968 and the second biggest-selling of the entire decade. The Sound of Music also stayed 73 weeks on the Norwegian charts, becoming the seventh best-charting album of all time in that country.[2]

There were differences between the 1959 Broadway soundtrack album and the 1965 soundtrack. Three songs from the Broadway production, "An Ordinary Couple", "How Can Love Survive?", and "No Way to Stop It" were cut and replaced with two new songs, "I Have Confidence" and "Something Good". For the original Broadway show, the music was written by Richard Rodgers, with lyrics by Oscar Hammerstein II, but both the lyrics and the music for the two new songs were written by Richard Rodgers, as lyricist Hammerstein died in 1960.[3]

All songs were arranged and conducted by Irwin Kostal.