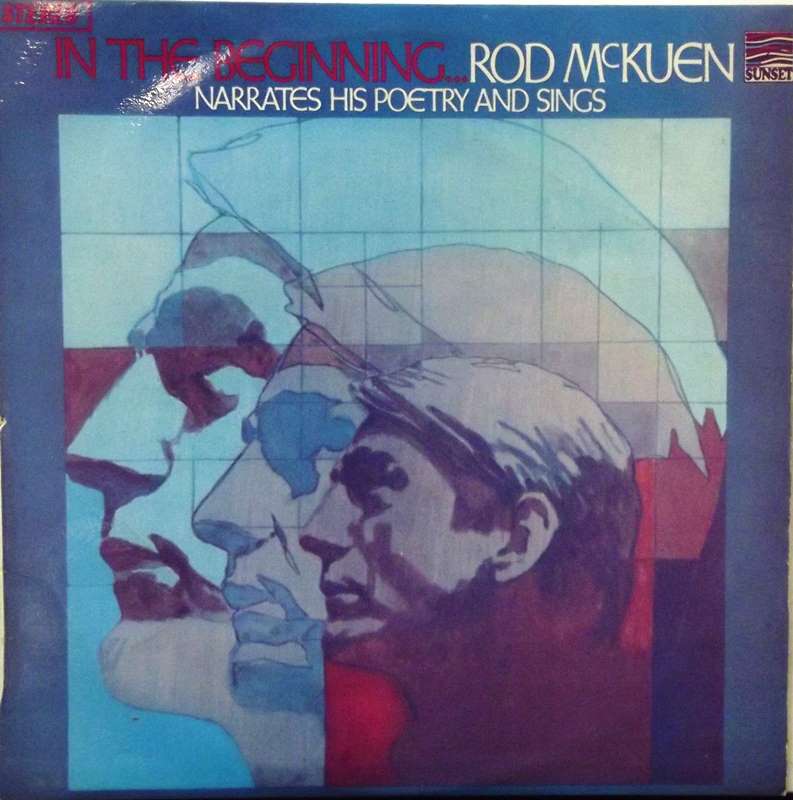 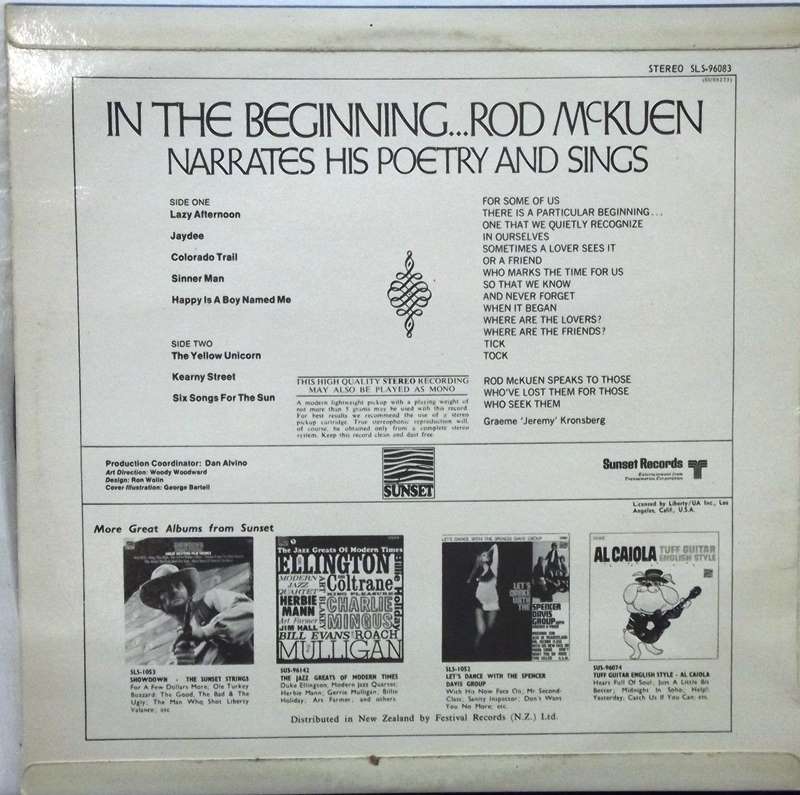 • Certainly the statistics behind Rod McKuen’s career and work are astonishing. He recorded over two hundred albums and was the recipient of 63 gold and platinum records worldwide. His three-dozen books of poetry were published in eleven languages, sold 65 million copies and made him the most widely read poet of his time. The songs he has written and composed have accounted for the sale of over 100 million records for such diverse artists as Madonna, Dolly Parton, Waylon Jennings, Chet Baker, Andy Williams, The Kingston Trio, Percy Faith, Herb Alpert, Dusty Springfield, Petula Clark, Johnny Mathis and Frank Sinatra.
• In the Beginning is an anthology drawn from the first six years of Rod McKuen’s recording career from 1956.
It comprises selections from such historic long-players as Songs For A Lazy Afternoon, Anywhere I Wander, Alone After Dark and A Stranger In Town; from the beatnik concept album, the Yellow Unicorn, from 1958s controversial Time of Desire, which features Rod reading amorous prose over an angular jazz tinged backing. The edition is completed by songs from two early rock ‘n’ roll exploitation film soundtracks on which McKuen collaborated with Henry Mancini, namely, Rock, Pretty Baby and Summer Love.