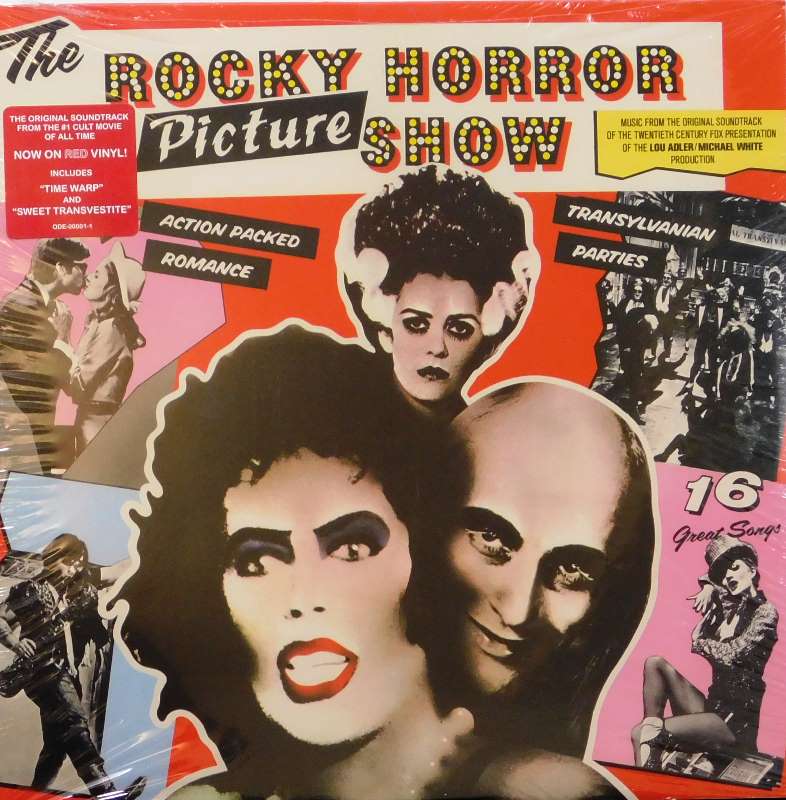 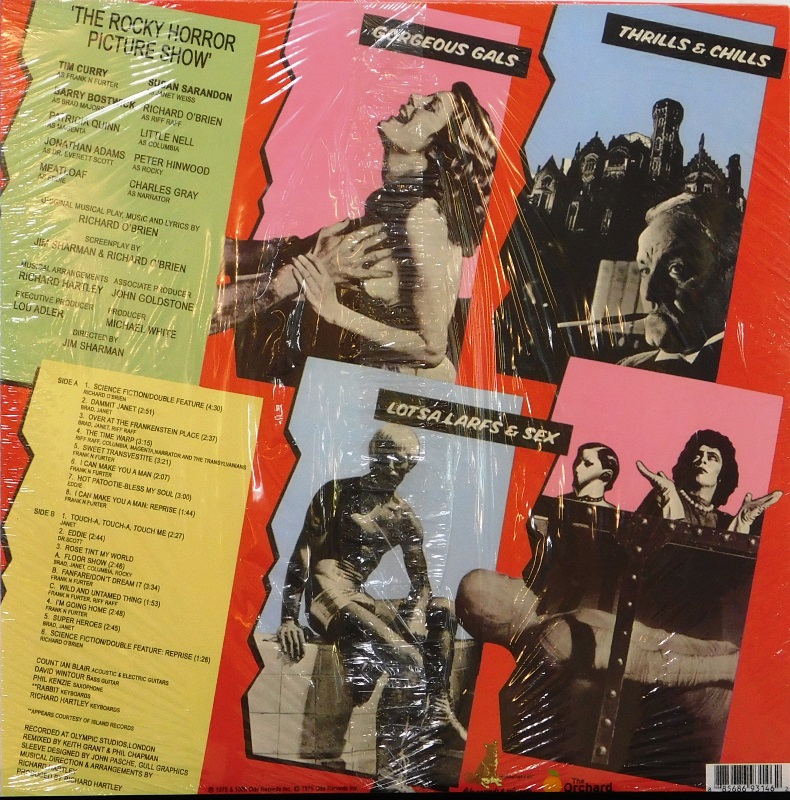 The Rocky Horror Picture Show is a 1975 musical comedy horror film by 20th Century Fox, produced by Lou Adler and Michael White and directed by Jim Sharman. The screenplay was written by Sharman and actor Richard O'Brien, who is also a member of the cast. The film is based on the 1973 musical stage production The Rocky Horror Show, with music, book, and lyrics by O'Brien. The production is a parody tribute to the science fiction and horror B movies of the 1930s through to the early 1960s. Along with O'Brien, the film stars Tim Curry, Susan Sarandon, and Barry Bostwick and is narrated by Charles Gray with cast members from the original Royal Court Theatre, Roxy Theatre, and Belasco Theatre productions including Nell Campbell and Patricia Quinn.

The story centres on a young engaged couple whose car breaks down in the rain near a castle where they seek a telephone to call for help. The castle or country home is occupied by strangers in elaborate costumes celebrating an annual convention. They discover the head of the house is Dr. Frank N. Furter, an apparently mad scientist who actually is an alien transvestite who creates a living muscle man in his laboratory. The couple are seduced separately by the mad scientist and eventually released by the servants who take control.

The film was shot in the United Kingdom at Bray Studios and on location at an old country estate named Oakley Court, best known for its earlier use by Hammer Film Productions. A number of props and set pieces were reused from the Hammer horror films. Although the film is both a parody of and tribute to many kitsch science fiction and horror films, costume designer Sue Blane conducted no research for her designs. Blane stated that costumes from the film have directly affected the development of punk rock fashion trends such as ripped fishnets and dyed hair.[6]

Although largely critically panned on initial release, it soon became known as a midnight movie when audiences began participating with the film at the Waverly Theater in New York City in 1976. Audience members returned to the cinemas frequently and talked back to the screen and began dressing as the characters, spawning similar performance groups across the United States. At almost the same time, fans in costume at the King's Court Theater in Pittsburgh began performing alongside the film. This "shadow cast" mimed the actions on screen above and behind them, while lip-syncing their character's lines. Still in limited release four decades after its premiere, it is the longest-running theatrical release in film history. It is often shown close to Halloween. Today, the film has a large international cult following and has been considered by many as one of the greatest musical films of all time. It was selected for preservation in the United States National Film Registry by the Library of Congress in 2005.