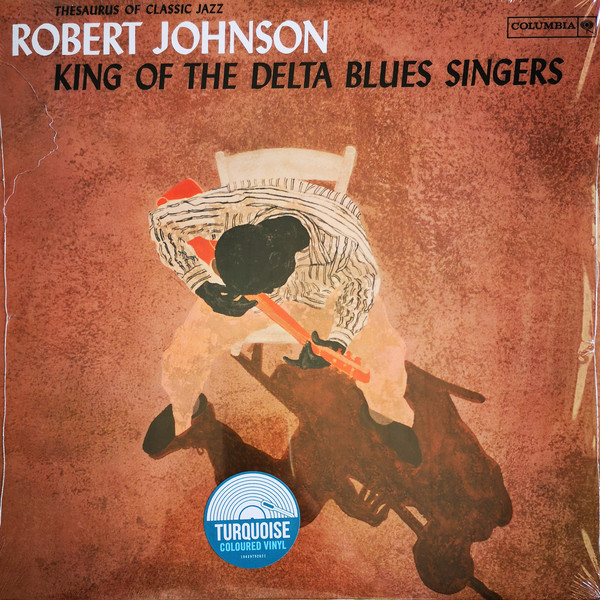 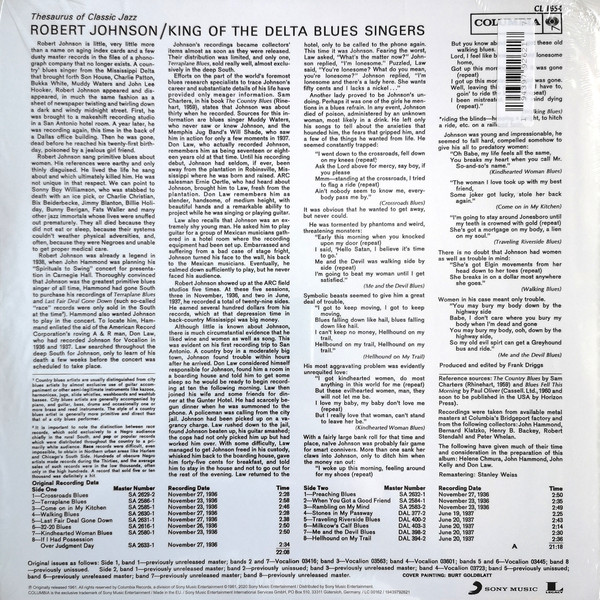 King of the Delta Blues Singers is a compilation album by American Delta blues musician Robert Johnson, originally released in 1961 on Columbia Records. It is considered one of the greatest and most influential blues releases. In 2020, Rolling Stone ranked it number 374 on its list of the 500 Greatest Albums of All Time.

The album compiles sixteen mono recordings, nine of which were previously available as 78 rpm records on the Vocalion label, originally recorded during two sessions in 1936 and 1937. The records sold well in their target market of the American south and southwest, with "Terraplane Blues" something of a regional hit, but their sales figures were never beyond 5000 or so in total.[2] By the time this album appeared, Johnson was mostly rumor, if known at all, except to a small group of collectors and those who had purchased the original 78s. An advance copy of the album was given by its instigator, John Hammond, to his newest signing to Columbia, Bob Dylan, who had never heard of Johnson and became mesmerized by the intensity of the recordings.[3][4]

Hammond, who had initially searched for Johnson in 1938 to include him on the bill for the first of his From Spirituals to Swing concerts, prodded Columbia to assemble this record during the height of the folk revival. It was the first of the retrospective albums for folk, country, and blues artists of the 1920s and 1930s were rediscovered in the wake of that revival, some of whom would be located and invited to appear at events such as the Newport Folk Festival. Nevertheless, Johnson's LP failed to make the charts, but the quality of Johnson's music was recognized and Johnson's reputation grew. The album became a badge of hip taste in the 1960s, evidenced by its appearance in the album cover photo to Bob Dylan's Bringing It All Back Home amid various emblems of bohemian life.[5] Songs from the album were repeatedly covered throughout the decade by many artists, notably Eric Clapton who recorded "Ramblin' On My Mind" on John Mayall's 1966 classic Bluesbreakers album, and "Cross Road Blues" with his own power trio Cream on the 1968 album Wheels of Fire. Clapton would later record an entire disc of Johnson's songs, Me and Mr. Johnson. A copy of the album is on permanent display as part of Jimi Hendrix's record collection at the Handel & Hendrix in London museum.